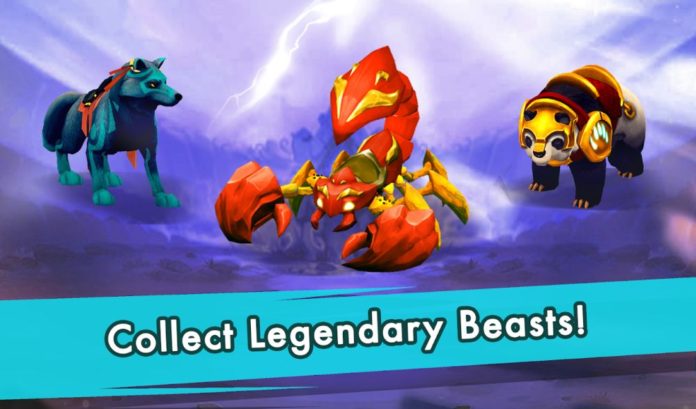 A new battle arena game for mobile has been launched recently – Beast Brawlers. An interesting game that sees you mount massive beasts and go battle against other similar characters for loot and glory. And we’re here to help make the experience as pleasant as possible by sharing some Beast Brawlers cheats and tips in our complete strategy guide.

Unlike other MOBAs, this one is pretty simple in concept and execution, leaving almost everything to a player’s skills and maximizing the fun without too many attack types, loot items and such. It’s pure free for all gameplay that pits up to 4 players on a small arena with nothing but their skill and beast at hand.

And although a bit of extra complexity can never hurt, the game remains fun and interesting for most of the time. So let’s make sure that it stays that way and we keep on winning by checking out some Beast Brawlers tips and tricks below. 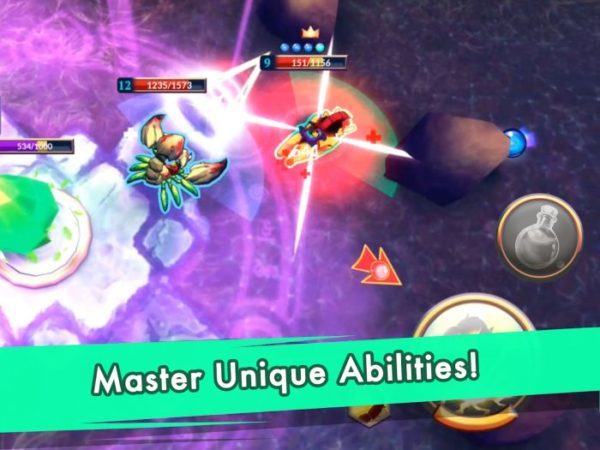 Always unlock chests
Chests are extremely important because it’s there where you will find new Beasts for your collection, as well as other goodies, including potions and money.

Therefore, you should always work on unlocking new chests: start with the ones that take shorter to unlock during the day and leave the longer ones for over the night. Also, remember to log in every 4-8 hours to collect your free chest. Slowly but steadily you will build an impressive collection of Beasts that will help you win all battles.

You need two favorite characters
Right now, there are 9 possible beasts to collect and mount in the game, but you honestly only need to focus on two of them because you will rarely have the need of more in battles.

And although the later beasts are usually better, by the time you get to them, you will have enough materials to upgrade the lower division ones – so it’s tricky to choose and recommend a “best beast”. It’s usually your highest level one which fits your play style flawlessly.

I personally recommend waiting until you get the first 5 beasts and play a bit with each of them before choosing your favorite. Both the phoenix and the wolf are great, but hard to get. So if you’re having trouble with any of them, you can choose the Bear or Spider instead. 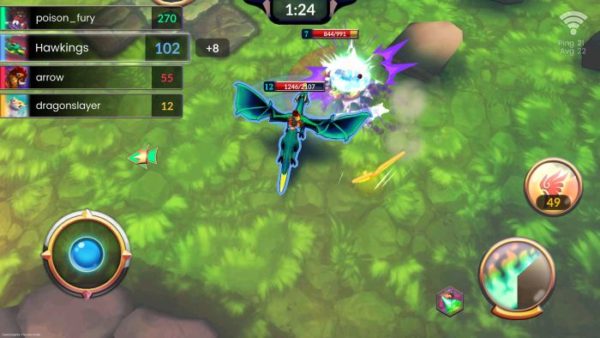 Equip potions
These are extremely important and they can make the difference in battle, especially if you equip a correct potion to compensate for a character’s weakness.

For example, the Bear is extremely slow, but you can equip the Swiftness Potion which increases their speed for 3 seconds. This can make the difference in a 1-vs-1 encounter, so always make sure that you have the right potion equipped in order to maximize your chances of winning.

Also have in mind that you can equip the same potion type to more characters, so you don’t have to choose a different one for each beast that you own!

Tips and tricks to win your battles
Battles are the main part of the game and winning them is what helps you unlock even more beasts, get better and have more fun. Here are some extra tips and tricks to ensure that you are going to achieve this:

– Don’t forget about the super power in the middle! You should always try to get there, destroy the crystal and collect the power-up. Try to strategize and find the best moment and way to do so without attracting other players or, even worse, have them steal your power-up

– When battle starts, it’s usually best to stay away from the heat of the battle. Allow two characters battle it out, then come in and finish the winner for maximum gains. Also, if you’re in a team mode battle, try to stick close to your teammate and hope that your opponents don’t do the same – it’s an easy win this way.

– Remember to use your Beast’s special power at the perfect time. Depending on what beast you’re playing as, you will have different super powers, but each can make the difference in battle. Combine that with the boost offered by the potions (as explained above) and you will become invincible!

This would be everything that we have for you in terms of Beast Brawlers tips and tricks. As you see, we haven’t managed to find any cheats yet – but we will update this article if we do.

Also, if you have some tips and strategies of your own to share with the world, don’t hesitate to do so by commenting below.