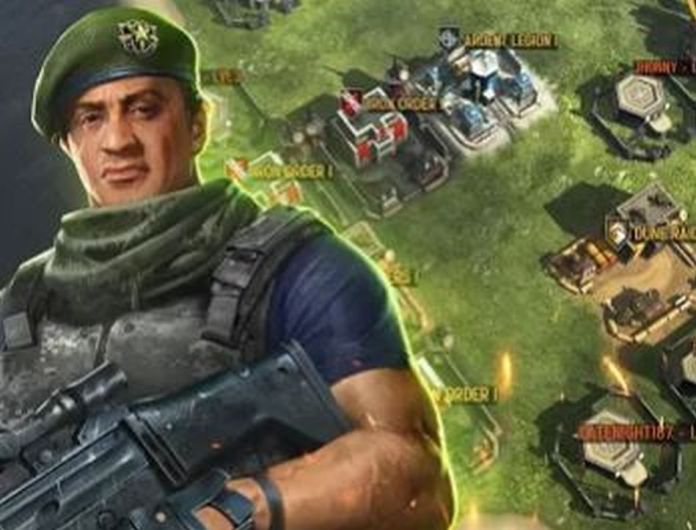 In today’s article we are going to cover all of the Battle Strike Force tips and cheats to get more powerful and if you want to learn how to improve in the game, well then you came to the right place!

Since this game will have a few ways for you to get more powerful, I am going to share them all with you so you can too get stronger and defeat the enemies much easier. You will have the chance to fight using various weapons and technologies, and also using various characters, so let’s see which ones are the best and how you can progress quickly in the game!

Therefore let’s not waste another second and dive right into the Battle Strike Force tips and tricks right here below!

First and foremost you should learn what each type of unit counters, so that when you go into battle you send the troops which will have an advantage over the opponent! If you need a helping hand to figure that out, let me come to your aid:

– Tactician (purple) is strong against Vanguard (turquoise) but weak against Enforcer (red).

– Vanguard (turquoise) is strong against Enforcer (red) but weak against Tactician (purple).

– Enforcer (red) is strong against Tactician (purple) but weak against Vanguard (turquoise).

Keep in mind that these are the Factions and the Hero classes – for each one of those, the stronger side will have a +25% damage buff against the one that it counters, so it is quite a big buff!

A little tip: I would suggest that you try to choose someone to counter both the Faction and Hero Class, because then those added benefits will result in a 50% damage boost against the enemy, which is super powerful. Either way, just try to get at least one of the bonuses because 25% damage boost is better than none!

Start developing your base

Once you have fought a little in the world map, you will return with several spoils of war which are going to help you build a powerful base. I suggest that as soon as you return to your base, you start upgrading the buildings so that you can get more powerful!

In my opinion you should start by upgrading the resource factories, which are situated in the upper side of the camp. There, you will find the Steel Stockpile, Silver Stockpile and Oil Stockpile, which you should upgrade immediately so that you can store up more resources inside and protect them from the enemies when you are being attacked.

Right below those, you will find the Steel Storage, Silver Vaults and Oil Depots which store up the resources inside of them. Those should be upgraded as well, because they will store up more resources (but they are not protected as they are in the Stockpiles).

Underneath those storage facilities, you will have the actual resource farming buildings – the Steel Mills, the Silver Mines and the Oil Refineries. Those should always take priority in upgrading whenever you level up, because those will keep on producing resources for you constantly.

Always collect the resources produced because those will help you further improve your buildings and fund more armies.

Research all the time!

Researching is yet another super useful thing which will help you improve your base and armies quite a lot. It can be done after you have built the Armory, and there you will see quite a lot of tabs – let’s go through all of them and help you set a priority on the researches:

– Combat: researching Combat will increase the damage your troops will do, the HP your heroes have and also the XP your heroes will earn after the battles. It’s a good research branch, but I wouldn’t focus on it firstly.

– Economy: researching Economy will help you increase the resource production, but not only – it will also help you build the facilities much faster (and upgrade them faster too) and also boost other useful stuff, such as storage capacity, repair speed and so on. It is a super useful branch!

– Defense: this research branch will mainly increase the HP of the various battle units (tanks, sentry, and so on) but it can also increase their damage. Basically if you battle a lot, you should definitely add several points in this.

– Expedition: as a first, this will focus on the scouting speed mainly and then scouting cost, but it is quite useful because it is also a defensive branch. Depending on which troops you send out, it will increase various resistances and make anything that has to do with expeditions much better and easier.

– Tech – New Militia: this will boost the damage and HP of various New Militia units (light green) and also provide other added bonuses for them.

– Tech – Ardent Legion: this will boost the damage and HP of various Ardent Legion units (light blue) and also provide other added bonuses for them.

– Tech – Dune Raiders: this will boost the damage and HP of various Dune Raiders units (yellow) and also provide other added bonuses for them.

– War Depot: a very useful branch for battling, as it focuses mainly on making attacking enemy bases more attractive by providing more hero damage and hero HP. Not only that, but this is a branch which will boost also the general stats, so definitely try and get it when you can!

I would suggest that you focus mainly on the Economy, Expedition II and War Depot at start, because those will help you with all that you need early on in the game to evolve and get more powerful. The bonuses from War Depot to damage will help you fight early on too, so once you have upgraded a little you can start shifting your focus towards the other, more battle-oriented branches to research.

Depending on how you are doing with the resources, you should always try to have your buildings upgraded to the maximum level possible, because that will increase your power and make it easier for you to produce new and better units.

You can upgrade a building when it will have a small yellow arrow next to it, and when that is the case, simply head on to the building and select the Upgrade option. In order to build a new structure: you will see an empty blue space where you can do it, and when that is available, it means that you can build something there.

My tip here: I suggest that you first upgrade the Command Center, because that is your most important building – your HQ if you may. After that, if you are low on resources, you should focus on upgrading the Steel Mills, Silver Mines and Oil Refineries so that they will produce more resources. When that is done, next in line should be the Armory and then the rest of the buildings.

Use the 10 minute free upgrade

That will help you save some speed up items for future upgrades while you are still benefiting from a free upgrade!

Joining a good and active Guild is super important because that will help you make the upgrades even faster! By joining a good Guild you will be able to ask for help from your allies and that is super useful! Help can be asked when building, researching and upgrading if it takes a lot of time, and whenever someone helps you, that will reduce the time it takes to complete it!

I suggest that you always ask for help whenever you are doing something time consuming, and even before you use any speed ups, because that way you might receive quite enough help to not need any speed ups at all!

The missions are super important, and if you want to get a lot of EXP and level up fast, then you will want to take a look at all the game’s missions! They can be found in the Missions tab, and there you will have:

– Daily Missions: complete them every day because they are not super difficult and they will reward you with tons of resources and goods which will help you improve pretty fast.

– Zone Mastery: these are like the chapters – they are not super difficult, but they do require a bit of time investment. However, the rewards are pretty good, so do them because you won’t regret it.

– Campaigns: these are the missions which are the equivalent of the main story line – they are plenty and they give good rewards and heroes, so try to complete them whenever you can!

– Objectives: those missions rely mainly around your base upgrades and production, so the more you work on getting your base better, the more rewards you can claim from this tab.

These would be all of our Battle Strike Force tips and tricks that we have for you right now! Do you know some more useful battle strategies or tips? Share them with us and the rest of the players by leaving them down in the comments section below!