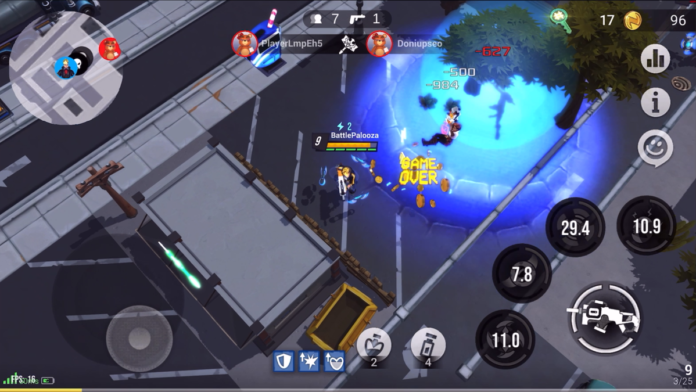 Battle royale games are all the rage now, and it seems like the genre’ popularity isn’t going to drop anytime soon, with more and more developers trying to get into the craze with new games.

Battlepalooza, currently in development by nWay, aims to enter the battle royale arena with some unique features that will make it emerge from the countless other games currently available on the App Store and Google Play Store.

Developed in partnership with Google’s Real-World Games team, Battlepalooza will make use of Google Maps to turn real-world locations into battle arenas.

The presence of cities like Las Vegas and San Francisco will not be the only feature that will distinguish Battlepalooza from all other similar games. Each match will feature drop-in and drop-out features, making the game’s pace much faster than it usually is in Battle Royale games, and way more accesible.

If this caught your interest, you can check out Battlepalooza in action in the announcement trailer below.

Battlepalooza launches on iOS and Android on December 10th.