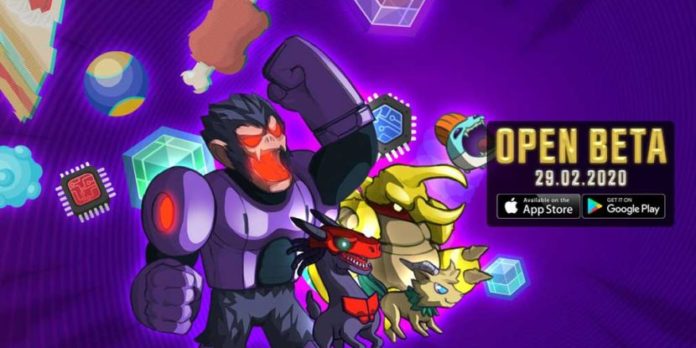 Singapore-based developers Chariots Gaming have recently soft-launched their latest game, Becoming Bytes™ for iOS and Android. It will see folks raising Byte monsters who they can then use to battle against other players.

Each of these Byte monsters has a finite lifespan so they won’t be around forever. However, it can be shortened significantly by not raising them properly. So if you want to get the best out of your little monster – known as a Byte – then you’ll need to make sure you’re looking after them properly.

This means feeding, training and playing with them on a regular basis so that they stay healthy and fulfil their potential to grow strong. This means you’ll have to get your hands dirty from time to time, clearing up their waste so they don’t get sick. There will also be a happiness and hunger metre to help you monitor their current condition

Each Byte is capable of evolving into a wide variety of monsters. In order to do this, you’ll have to break their limits which can be done through training. There will be two roads you can go down with their training, beating PvE Dungeons or competing in PvP to battle players from across the globe.

There are already several different evolutionary stages to uncover in Becoming Bytes™, each with their own set of skills and tactics to master. However, Chariots Gaming will continue to add new monsters with additional game modes and other features as the game continues development after the official launch planned at the end of April.

If you’d like to try your hand at raising monsters, Becoming Bytes™ will be available on the App Store and Google Play as a free-to-play title.