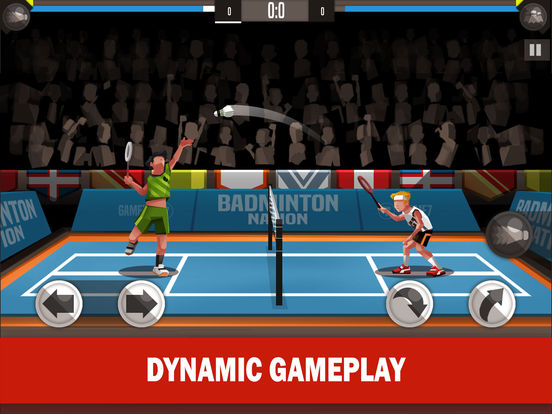 Welcome to the Badminton League! In this fast-paced authentic badminton game, you’ll be able to go up against the world in classic 1-on-1 multiplayer action. Show the world that you’re the ultimate badminton champ with the help of our Badminton League cheats and tips! Customize your character, increase your stats, and score high on the leaderboards!

Badminton League is easy to pick up and play, but that doesn’t mean there’s depth! Get ready to learn how to play like a champ with our Badminton League cheats, tips and tricks strategy guide!

One of the best ways to win in Badminton League is to simply outlast your opponent! Remember that EVERYTHING you do takes up your stamina (the blue bar at the top of the screen) and when it’s out, you won’t be able to do anything for a short while!

Try not to make too many unnecessary moves, like shuffling in place or mistiming your swings. Move only as much as you need to, swing only when it’s your time to hit the ball, and be patient! Just keep a close eye on the ball and your opponent and you’ll do fine.

Power up your character!

You won’t be able to get by on just gear alone as it takes a while to earn enough coins. After enough matches you’ll be able to spend your hard earned experience points on abilities.

When you do finally get enough coins to buy new gear, make sure you buy the right ones. Headgear doesn’t affect your stats so it’s only for looks. Your chest piece, lower piece, shoes, and racket affect your stats. Some pieces increase certain stats while others lower some, so look at the stats before you buy. It’s best to create a well-rounded character!

Once you’ve bought some gear, why not save up for a new special? They’re located underneath the star icon in the shop. Your default special increases your agility for fifteen seconds, which is somewhat useful.

The other ones do stuff like enabling power smashing mid-air, duplicate the shuttlecock, increase your technic temporarily, slow stamina consumption, and slow the shuttlecock. These things are pretty pricey, so if you want a specific one be sure to start saving early.

Use different shots to throw off your opponent!

Mixing in different shots to throw off your opponent is one of the keys to victory. Don’t just use short or far shots the entire time – use an equal combination of both. Keeping your opponent on their toes and staying unpredictable will allow you to trip them up more often. If you use the same shot strength multiple times in a row, they’ll catch on and be able to read all of your shots.

What’s even better are smash hits! Smash hits cause your character to jump into the air and spike the shuttlecock. If you can land one of these hits, it’s almost a guaranteed point depending on where you are.

If your opponent uses a far hit and the shuttlecock goes kind of high, try going for a smash hit! It’s very satisfying to slam it down on their side of the court, and because it’s so fast it’s very hard to react to in time.

That’s all for Badminton League! If you have any other tips or tricks to share, let us know in the comments below!