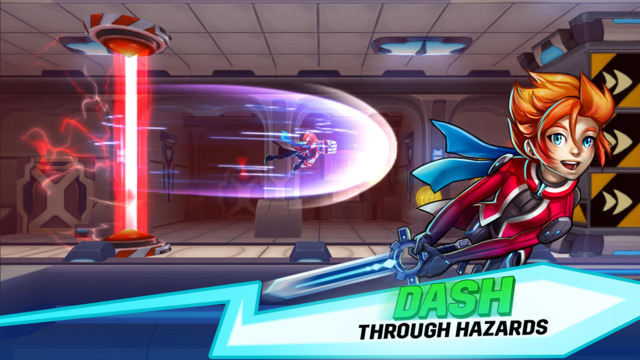 Hi-Rez Studios, the team behind some of the more popular games released in recent times such as Tribes: Ascend and Smite, has released a brand new game on the App Store which has the potential to become rather big called Jetpack Fighter.

Jetpack Fighter is an auto runner game where players have to run through a variety of unique stages set in Mega City, a city plagued by a robot invasion. During the course of the game, players will be able to unlock a variety of fighters as well as weapons that should make the robot destroying endeavor easier. Once a stage it’s been completed, it’s possible for players to play through it again to obtain more loot or compete against other players in time trials. Thanks to the time trials feature, Hi-Rez Studios wants to push Jetpack Fighter as a mobile eSports title.

Some additional content to push Jetpack Fighter is also available right now. By linking the game with a Hi-Rez account, it’s possible to unlock the goddess Nemesis and Leona from the popular Smite.

Jetpack Fighter is now available in all regions on the App Store.