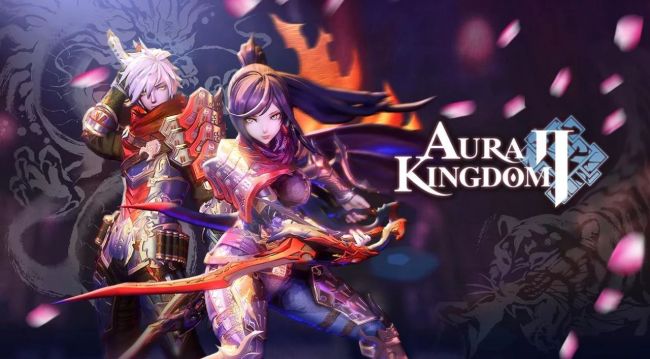 In today’s article we are going to check out all of the Aura Kingdom 2 tips and cheats to help you get stronger, and reach the server’s current max level cap!

As Aura Kingdom 2 is the spiritual successor of Aura Kingdom, you should expect quite a lot of similarities and features that will carry on from one game to the other. And if you’ve played the first, then you will most likely enjoy this second one and find it easy to play.

The game has some stunning graphics, a fairly easy gameplay and it also has some auto play for those of you who are too busy to auto path to the quest NPCs and fight monsters! But that is just a part of the game – and since you came here, you came to learn how to advance further into the game.

Therefore let’s not waste another second and dive right into the Aura Kingdom 2 tips and tricks right here below and teach you everything that you need to know about the game.

Get to know each class and pick the best one

There are 4 classes currently released in the game, with possibly more to come in the future. For now, we are going to focus on those 4 that are currently available and teach you each of their roles and what they specialize in, so that you can pick the best one for you!

Shinobi: this is the best melee damage dealer class in the game. It plays as an assassin, which can deal damage over time and has a high potential for critical damage. Their defense is mainly EVA, which allows them to evade incoming attacks.

Dragoon: this class is the tank – they do decent damage, but their main specialization is taunting enemies into attacking them, so as to mitigate incoming damage to the team towards themselves.

Elementalist: this class is the support one, although they might give off the impression that they are the equivalent of the mage. The Elementalists offer party healing, which is necessary in every mass Boss battle, as well as crowd controls to keep enemies in check in PvP.

Nymph: this is a ranged damage dealing class which has the ability to sustain itself in battle with various healing spells, which apply only to themselves, not to the party. They are somewhat balanced, but lean more towards the DPS role.

Which class to pick?

I would suggest that as a complete beginner you go for a Shinobi or Elementalist, because knowing Aura Kingdom history, for PvE content it’s easier to play as a DPS. or healer. Now all of the classes are fairly easy to play, but for a tank (Dragoon) you need to constantly keep aggro of all the enemies and that might prove a little difficult if you have no prior experience.

One of the most fun to me is the Nymph, as it can be extremely annoying in PvP, having self healing skills and dealing a ton of damage from afar. Similar is the Shinobi, who is able to pretty much one shot enemies if a lucky critical hit lands.

Focus on your quests to progress quickly

Much like many other similar games out there, Aura Kingdom 2 has a quest system which rewards players with a lot of EXP to help them level up and get stronger, as well as obtain more items and unlock plenty of in-game functions.

I would suggest that you try to focus on your Main quests first, as they will give you the most EXP and rewards. Next to these, you will have the Side quests which can sometimes be required towards completing the Main objectives. You can do them when they are available, or you can save them up for a later time when the Main quests will require you to reach a certain level.

Because the game is still relatively new, the server final level cap has not yet been released, and instead every few days a new level cap is released. You should try to always reach the level cap before the new one is released, because these will bring along new Main quests.

Do extra tasks to get more EXP

If you already did all of the Main quests for your current level and have no Side quests, then you want to head on to the “Events” tab and there you will see Commission Quests, Bounty, Dungeon, and several more.

I suggest that you do these whenever you are in need of more EXP or want to catch up with the server level cap easier.

Now if you are a single player, and don’t play with a friend or are not really drawn towards party instances, then worry not, because this game has this covered! The party events give you much more EXP than the single ones, but the trick is that you don’t actually need real people!

You can choose to do them with AI generated mercenaries, who mimic actual players! You can do these by creating your party first (in the game’s gameplay interface you tap on Party -> Create Party -> Create Party button again -> Add Mercenary). This is super easy and will allow you to do party quests without actually begging other people for help!

If you are a f2p player,, then you will want to collect as many Diamonds as you can, because they are a currency in the game which will let you purchase more exclusive items. You can find all of the Achievements in the Main Menu -> Achieve. and I suggest that you give them a quick read so that you know what they require, because some of the tasks are super easy.

The game has a system that allows players to claim various rewards for free, by simply logging in to the game every day. I suggest that you always tap on the rewards to claim them, because they will add up and come in handy at some point in the future!

In my opinion you should take the time every day to at least open the game and claim these rewards, because since it’s a MMORPG all of the rewards will be useful in some way or another, so make sure that you log in to claim them even if you don’t plan on playing that particular day.

There is also another type of rewards, the “Stay online” rewards which will give you increasingly better rewards for spending time online in the game, from 5 minutes to 2 hours!

You should make sure that you always equip the better gear that you obtain, because it will give you extra stats that increase your EP. You can find all of the equipment in your Bag, but not all of them will be better than what you got. The gear with red arrows are worse than your current equipment, so you should go ahead and get rid of them to empty up some bag slots.

Make sure that you always have the best gear possible equipped, by checking on the bag from time to time to see if there is something that you possibly missed.

All of the old gear that you have can be either sold or salvaged. Depending on what you need more, you can either obtain Alloy from salvaging it, or Gold from selling it. However, the Gold you get from selling old gear might not always be very worth it (as it’s not a lot honestly). In my opinion you should salvage all the equipment, because you will obtain Alloy which you can use later on to fuse equipment.

Your Eidolons are extremely important

Just like a pet, your eidolon is your companion pretty much – after all, “eidolon” means “image”. So try making sure that your best Eidolons are as strong as possible all the time, by upgrading them constantly, as you keep leveling up.

Honestly speaking, the Eidolon system has always been in Aura Kingdom a p2w feature, but if you are determined enough, you can farm Diamonds (premium currency) and try to summon some good Eidolons yourself. You will unlock various Eidolons from the quests and some others by doing various instances (you collect their Wills), but the easiest way is through the eidolon gacha.

I suggest that you always try to enhance the eidolons as much as possible, as eventually you will have a full team of Eidolons fighting for you, and the stronger they are, the easier the game’s content will be.

Spend time on your Life Skills

In Aura Kingdom you don’t just fight and fight, because that wouldn’t make for an amazing game, right? Well, there are three Life skills which take the form of mini-games which unlock once you reach levels 20, 30 and 35. These are Fishing, Cooking and Mining, and they can all be mastered in time.

– Fishing: This will let you catch various fish, as well as various treasures and rare accessories. Fishing unlocks at level 20.

– Cooking: This will let you prepare various foods, which increase your stats based on the type of dish you cook. You should always try to find as many recipes as you can, and depending on the content you are doing, eat the dish which will be most beneficial. Cooking unlocks at level 30.

– Mining: This will let you mine for various attack and defense stones, which can increase your stats and help you with your content clearing such as dungeons and raids. Mining unlocks at level 35.

Just like in Aura Kingdom, you should try to have some extra dishes on you at all times, in case your current buffs run out. Try to cook in your spare time and store a few in your bag just in case. You never know when you are going on a spontaneous raid and want to have your buffs ready!

Fill up the Book of Ramayan

The Book of Ramayan is basically a collection of all the monsters that you have defeated – a monster codex if you will. This book will record the location of the monster and so if you are looking to fight one, you can locate it using the book.

The more monsters you record here, the more bonus stats you will receive, increasing your power. If you go the extra mile and grind multiple monsters of the same kind, you will earn some more bonuses. As you defeat more and more creatures you will also receive bonus treasure which can be seen on the right side of the Ramayan menu – these are basically the completion percentages.

These would be all of our Aura Kingdom 2 tips and tricks that we have for you right now. Do you know some more cool and useful game tips and strategies? Feel free to share them with us by leaving them down in the comments section below!