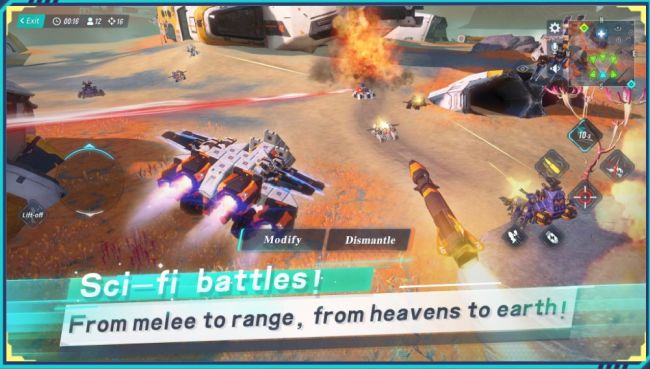 Astracraft, a sandbox mech combat game by NetEase Games recently had it’s global launch. Take up the role of an engineer, create your very own unique ARMS and take it to battle against other players.

The game offers various single player and team modes,many different arenas, battle royale, but not just PvP. There’s PVE as well. You can even create your own circuit and invite other players to join you in a race. Your creativity is the only limit in Astracraft!

How to Redeem Astracraft Pack Codes

On the top right of your screen tap More. Once you do that, a drop down menu will appear. Tap on Pack Code. Enter the Astracraft Redeem Pack Code and press enter. (See pictures below)

There are no available codes as of yet (June 2022). For your own safety, avoid using any hacks or cheats that might result in a permanent account suspension. Once valid codes have been released by the Game Developers we are going to add them here. Make sure to keep checking this page for updates.

These are the lucky codes that you can exchange in Astracraft. They’re similar to the pack codes in a way, but not really. This is how you can redeem the Astracraft lucky codes:

Open the Shop and select the Supply Satellite option in the left menu, then open General or Theme Supplies. If you have Sourcestones, you’ll be able to draw.

Did we miss any codes? Let us know down below!