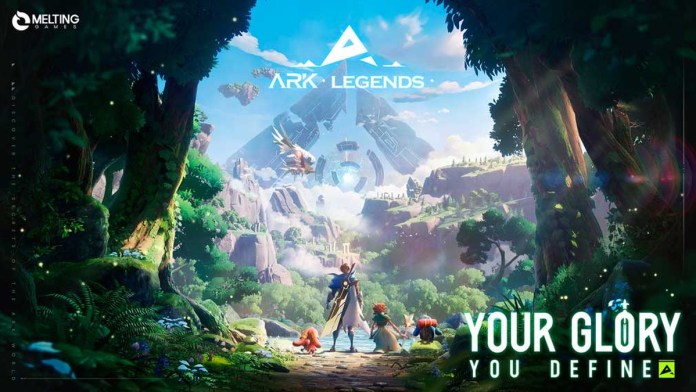 Ark Legends, the epic fantasy adventure RPG, is creeping ever closer to its eagerly anticipated global release following its soft-launch today in Canada and Indonesia for mobile devices. Pre-registration is also currently underway with a host of rewards available for those who sign up, including IRL rewards such as Amazon Gift Cards and AirPods and more thanks to the game’s ongoing Lucky Draw event.

Considering that Ark Legends is Melting Games’ very first game, the developer has done a truly impressive job of loading the game up with content. So much so that it can be a little overwhelming at first (especially if you don’t have much RPG experience) so we’ve put together the following guide to cover some of the essential aspects of the game you should know about.

After the initial game intro, which establishes the characters of Bessie and Captain Jacob – both of whom will act as guides and Heroes throughout the game – you’ll start off in Ion City. The city is a bustling, middle-age style, metropolis where you’ll need to interact with various citizens and features to advance the main story; the notice board will be your first port of call to get started.

Quick Tip: If you’ve started a quest but you’re tired of running around the city, you can click on the Quest-line Caption (near the top left corner) to activate an auto-path feature which will automatically lead you to your destination.

This is the ship commanded by Captain Jacob and serves as Ark Legends’ hub for all things concerning its gatcha and upgrade features. Here you’ll find a section for pulling new heroes; there are a number of constant summon events where you can attempt to obtain a random hero of a particular grade or type (Light or Dark for instance) or – thanks to a nice feature that’s seldom seen in gatcha RPGs – you can find summon events where you pick the Hero you wish to receive, rather than earning one at random. This does require extra Summon Tokens though, so starting out we’d recommend sticking to the random pulls to fill out your roster first.

Aside from summoning Heroes, you’ll want to head over to the Airship regularly to collect rewards for daily log-in events and achievements. You’ll also find a shop called the Grocery, where you can purchase items like potions (used to level up your heroes), Gear (equipment types to improve your Heroes’ abilities), and Summoning Tokens; paid for using Gems.

The Outside can be considered the material farming section of Ark Legends; a go-to spot to take part in dungeon events to earn Gold, Gems, and Gear, and other items. With so many item types and Gear sets (over 30+ Gear sets are available at launch) in Ark Legends, there are a ton of potential dungeons to choose from to provide the rich variety of rewards available.

You’ll be able to see the potential rewards and the strength of the Boss before entering a dungeon, so make sure to pick your battles wisely and only send in Heroes that are experienced enough to survive.

Classes of Hero in Ark Legends come in one of three flavours: A-Grade, B-Grade and S-Grade and these in-turn will belong to a particular elemental faction: Earth, Wood, Fire, Water, Light, and Dark.

On-top of that, Heroes will also belong to a particular class: Mage, Tank, Warrior, Assassin, Support, Marksman, and Fighter. Any veteran RPG player will be familiar with the various unit types and how they perform in battle, but you’ll need to give extra consideration to the balance of your team, especially when it comes to designating your team’s formation.

One important thing to keep in mind with Ark Legends is the game’s shared Mana system; in a nutshell, this means that points received in battle will be built up and shared during battle, giving equal opportunity to any of your Heroes to unleash their special attack. This means you may wish to assume manual control on occasion to make sure you’re delivering the right buffs at the right times, especially depending on the Gear you have equipped to your Heroes.

Of course, there’s far more content on offer in Ark Legends than a single guide could possibly cover, but hopefully the above information will get you started on the right foot!

If you’re eager to get your hands on the game, you can pre-register now on the official website to give Ark Legends a go as soon as it’s released, or you can visit the official Facebook page and Tiktok to stay updated on all the latest developments.