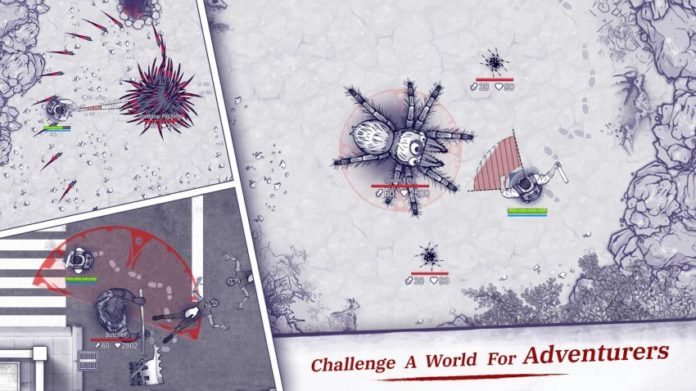 Ares Virus by Qcplay is a really awesome top down zombie survival game for mobile, with great art and decent gameplay mechanics. And today we’re here to help you survive the zombie apocalypse by sharing our top Ares Virus cheats and tips in a complete strategy guide.

A free roaming game that goes really easy with IAPs and ads, Ares Virus is turly a one of a kind game that you must play if you haven’t done so already. The graphics are perfect to fit the mood, the progression is smooth and nice and you’ll always have something to do.

But it won’t always be easy, and this is where we come in: to help you learn how to play the game in order to get the most out of it. So let’s just get to it and check out our Ares Virus tips and tricks below!

Go back to the shelter often

Unlike most other survival games on mobile, Ares Virus has some free roaming mechanics, meaning that you can visit and revisit most areas as you please. And this is something you should take advantage of to make survival easier. 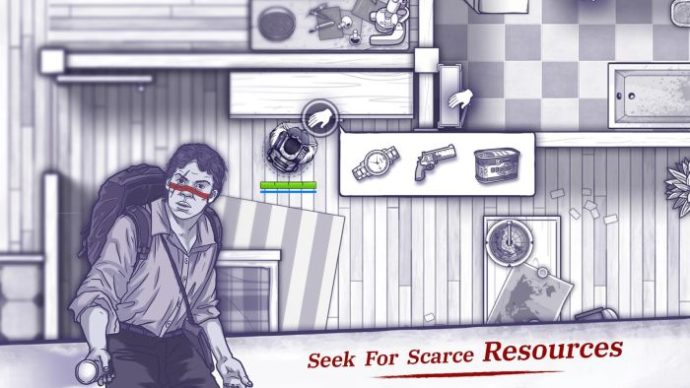 With limited inventory, you won’t be able to collect everything that you can in most areas, but you will be able to return to your shelter, store all the items that you have collected, then get back to the previous area and collect what’s left. You can do this over and over again and you should, prioritizing to collect the items that you need most for crafting.

Going back to the shelter often also allows you to replenish energy or hunger if they’re down and you don’t have items to restore them, although if you play your cards right and take each area in the game methodically, you shouldn’t have such problems.

Just remember to bring back everything back at the base, craft as much as you can, then go back to collect what’s left.

Like in all survival games, crafting plays and important role in the Ares Virus game. Although you are able to trade and buy various items from the NPCs in the game, you’ll get most of your consumables and weapons from your crafting tables back in the shelter.

So make it your number one priority to build them all as soon as possible – as this gives you access to crafting medicine for starters and other useful things, then make sure to upgrade them whenever you have the chance.

Upgrading is a bit more difficult and is related to your progress in the game, but the golden rule of thumb here is to keep the crafting tables upgraded to the max and constantly craft the items that you need the most. We’re talking about good food, good medicine and quality weapons first… then gear and everything else. 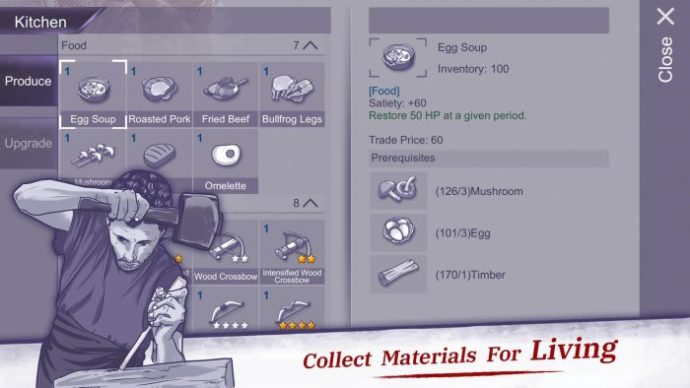 Buy all the plans that you can find

The main way for your character to learn new recipes for crafting is from trading with the NPCs in the game. The plans won’t disappear from their offer until you get them, so there’s really no pressure to do it within a time limit.

But you should focus on purchasing these plans as soon as you can – and get them all – as this makes it a lot easier for you in the game, long term. I recommend to focus on meeting the requirements for weapons first, as they are the most important, followed by clothing items since these give you boosts and keep you alive.

Most materials and consumables come back after a while

An interesting thing about all the game areas is that every couple of days, the resources are reset and you can collect them once more. So if you need some more mushrooms or flax or whatever, simply revisit an area every 2-3 days and you’ll find what you need.

This makes it really easy to collect base ingredients from early areas (like the Hunter’s place) after you level up, when fighting those monsters is no longer difficult (nor a must). Just keep this in mind and revisit completed areas if you need more resources. 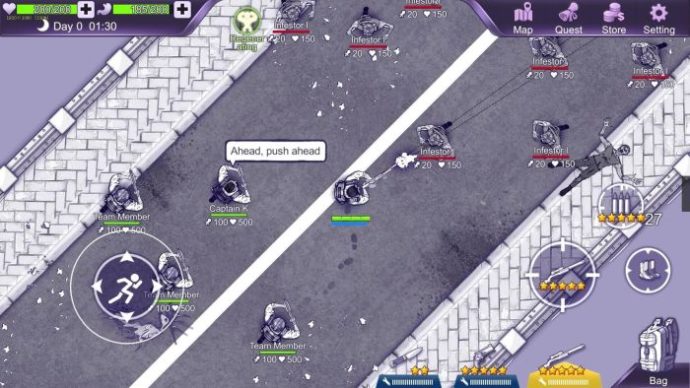 The game can be saved locally, and you should do that often to prevent any bad things from happening. Even more, you should bind your account with Facebook or one of the supported services in order to make sure that if you uninstall the game, change your device or something unexpected or unplanned happens, you can continue playing from where you were left of.

Always have an extra weapon

When going on an adventure, you need as many inventory slots open for collecting all the goodies you will find along the way. But I would always recommend bringing an extra weapon with you, just in case.

Even more, I would recommend to actually go with a two-weapon setup, which is extremely useful early on when ammo is scarce. Take out enemies that are difficult to beat in melee combat with your ranged weapons, but switch to melee and take it up close and personal with the enemies that are easily defeated in melee combat in order to save ammo and your ranged weapon’s life.

Know your enemies and attack patterns

The good thing about the enemies in Ares Virus is that they always attack following the same patterns, no matter if we’re talking about the regular mutated bugs or the bosses you’ll meet every now and then. 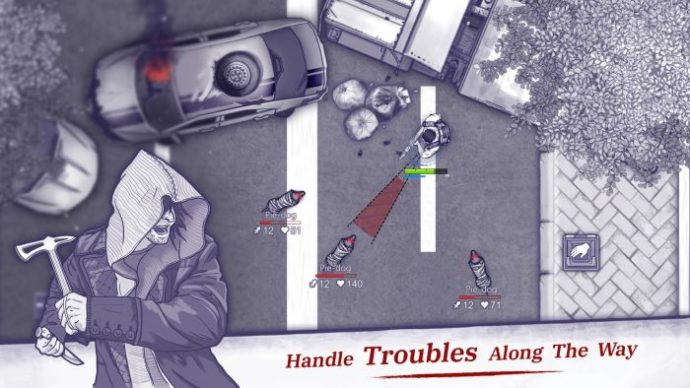 This means that, with a bit of practice, you will find it easier and easier to avoid being attacked and losing health. Just pay attention at how each opponent attacks and learn how to avoid that attack.

By far the most difficult to beat are infected-type characters that rush in on you in great numbers. If you’re not prepared for facing them or if they’re just to strong, start running! The enemies will stop following you after a while and you can regroup, heal and find something else to do until you can take on that strong opponent.

When in battle, look at your stamina!

When your character is running, but most importantly when he is attacking, he consumes stamina. Without stamina, he won’t be able to attack anymore, so you should always keep an eye on it to make sure that you have just enough to make and attack. The stamina indicator is the blue bar under your character.

Since most enemies have, as we already discussed, similar attack patterns, it’s relatively easy to have enough stamina and prepare for constant max damage attacks (which use most stamina too) simply by running around and avoiding enemy attacks while your stamina recovers, and then going on an attack spree when the bar is full. 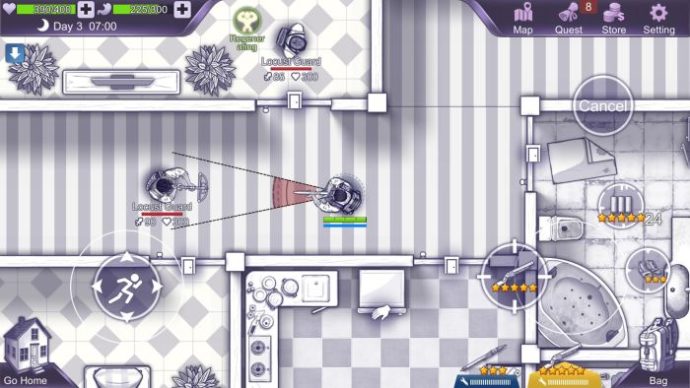 Keep an eye on your character’s stats

You will have to keep an eye on your character’s hunger (and health, of course, but that only goes down when you’re hit). I would recommend you to always start an expedition with a full belly and full health bar and never take food with you. But do take one or two health boosters just in case.

Food goes down at the same rate, but with a full belly you usually have enough time to explore an area. And not having that extra inventory slot filled up by food items gives you more chances to loot and bring back home valuable items.

But do keep an eye on your stats and make sure that you return to the shelter if things start to look bad: you don’t want to die of hunger of all things that could kill you in this game!

Finally, it’s worth noting that when you’re well fed, you get the Regenerating effect which gives you improved recovery rates for your stamina, which is extremely useful in combat. So do keep your character well fed!

These would be, for now, our tips and tricks for Ares Virus. There will be more in-depth guides coming in the near future so make sure to come back often and use our site’s search functions… but until then, if you have some additional tips to share with the community (or questions to ask), don’t hesitate to post a comment below.