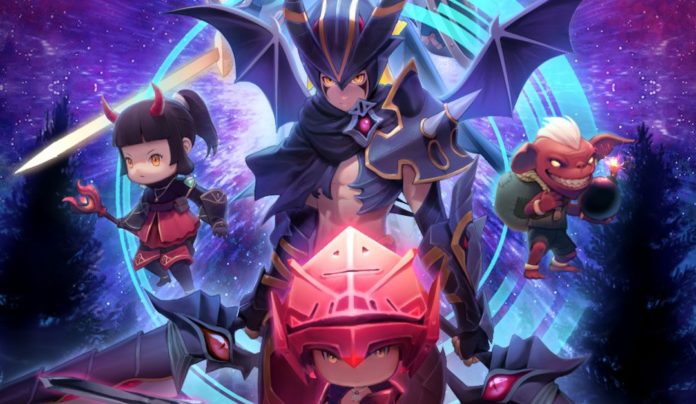 If you’ve never played an auto-battler, Arena Allstars would be a good place to start. This latest take on the genre from developer Match Set Games looks like a winner.

While its battles are automatic, the planning is all down to you. Facing off against seven human opponents from around the world, you need to win a series of little scraps by managing an army of adorable, imaginatively rendered heroes.

That means recruiting new heroes, opening up team slots by spending gold, working out how to take advantage of special Synergy effects, merging heroes, and much more – all against the clock, while your opponent waits impatiently to savage you.

You’ve even got pets to look after – cute little creatures than amble invincibly on the battlefield and emote in sympathy with your plight or success.

The main Solo Free-for-All mode is where you’ll spend most of your time, trying to be the last player standing. You can practice for this in the aptly named Practice mode, working out which tactics work best. And you can join forces with a buddy in the Team Co-Op mode.

What we really like about Arena Allstars is that it’s totally geared towards mobile. The touchscreen interface is smooth and intuitive, the graphics are clean and bold, and the rounds are over quickly, making it perfect for short sessions.

However, there’s an overarching competition alongside the basic gameplay. Match Set Games runs monthly tournaments, giving you a chance to top the leaderboards and win loot, or pick up from gold and trophies just for playing.

There are dozens of heroes in Arena Allstars, and they belong to a variety of classes and races. They have their own unique abilities, too, meaning there are billions of possible battlefield combinations.

Arena Allstars is available right now for free on Google Play and the App Store.