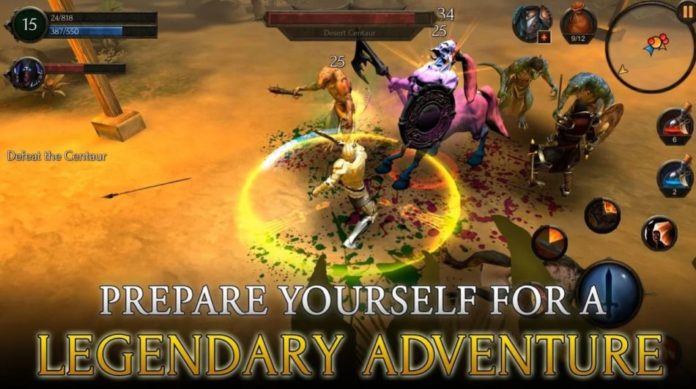 This is a very soothing offline RPG, which you won’t often find. It has quite nice graphics, and you can play it whether you have internet or not. I also think it is an interesting game because everything that you do will affect your character, so if you mess up and die, you might be at a loss.

So, are you curious about our Arcane Quest Legends tips and tricks? Then let’s dive right into them at once! 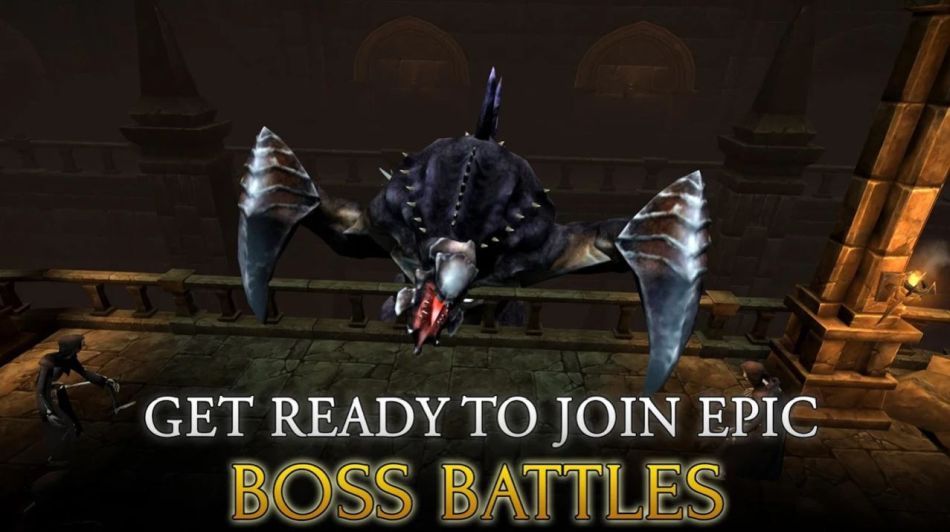 Unfortunately you will have to make do with a set camera angle, so you might sometimes find yourself hidden behind environment objects. That means that the way you control your character will matter quite a lot, because you could also get stuck.

I suggest that you start walking around in the city or at one of the first dungeons, because that way you can get used to the environment. Also, keep in mind that you will also have to attack the monsters, so you need to combine the two: attacking and walking.

It would be the best if you could use your left hand to move – you can place it anywhere on the screen, but the further to the left you place it, the better, because you will have space on your screen to see all the surroundings.

You don’t have to fight everyone

Whenever you adventure into a new dungeon or location, you will have a new set of enemies seeking to attack you. The thing that nobody ever tells you is that you don’t have to fight them. 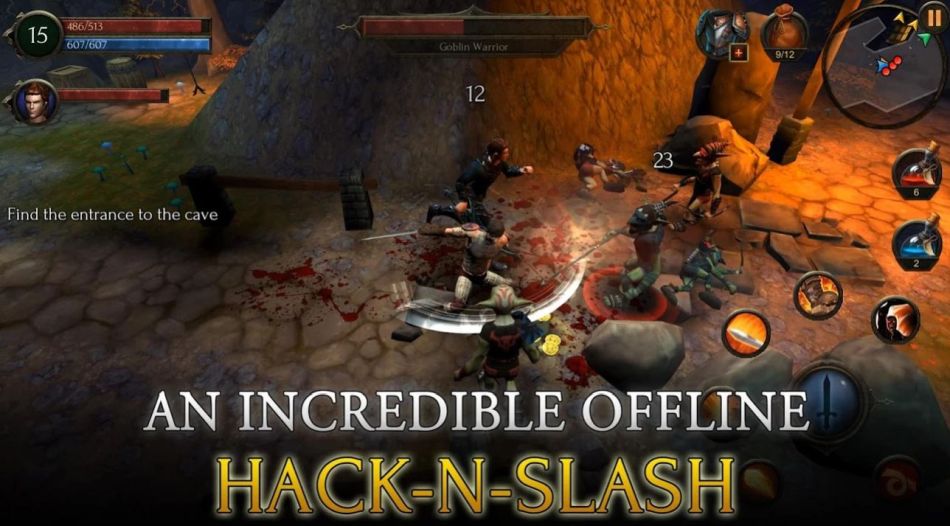 If you carefully walk past them, the monsters will only chase you. So if you are in a rush to finish a quest you can choose to not attack them (because attacking takes time) and instead carefully find an empty path that you can take to get away from them.

This is not that easy to do sometimes because you might get stuck in some rocks or fences, so you need to be careful where you step. Because if you get stuck, remember that there is a huge pack of mobs behind!

You could fight the bosses (which are obviously worth it), and if you want to gain EXP from killing mobs, you can kill them too! Just know that there is always a more “peaceful” way out.

These will come in handy more than you think, for real! The potions can be purchased from town or you can get them when you kill monsters or crack open the boxes. They will appear on the right side of the screen, and there are two kinds of potions: HP and Mana.

The HP potions will restore your health, and in many situations they will save your life. If you want to go the “peaceful” way and not kill monsters unless absolutely necessary, then you might need a couple of potions because if you happen to get stuck, you will get attacked by a dozen of monsters. 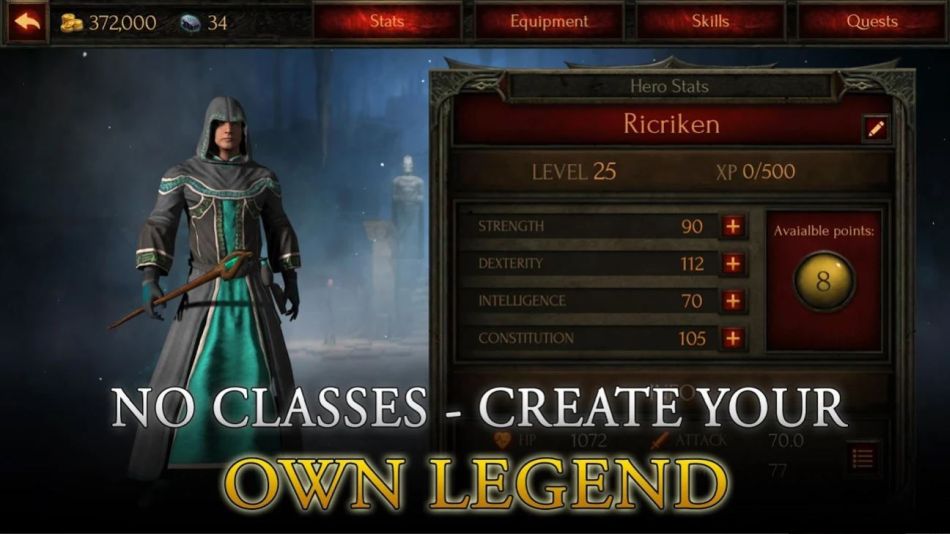 Now the Mana potions might not be that useful all the time, but if you like spam casting your skills, then you will need them too.

Be prepared to always use a potion if you need to, because if you die you might have to re-do quite a bit.

Pick your weapon of choice

Right after witnessing the dramatic intro, you will be able to create your character. You can customize their gender and choose a weapon of choice: a sword, a bow or a wand.

If you choose a sword, you’re pretty much going the warrior way – melee damage, and all that. For the bow, you will have ranged damage and the same goes for the wand. I chose the wand, because I like the “witch” way.

All of the classes are good, so there can’t be one better than other. If you like keeping yourself at a safe distance from the enemy, then bow or wand would definitely be better, but if you don’t mind getting a hit or two, go for the sword. Either way, you can’t be wrong!

Explore the maps to find goodies

You should always take your time and explore the areas to make sure that you looted everything. If you see a wooden box, get close to it and break it. If you like gathering up stuff, it is easier to do it by killing monsters and breaking boxes.

They can drop many goodies, from gear to potions, so always pick up everything that you find! 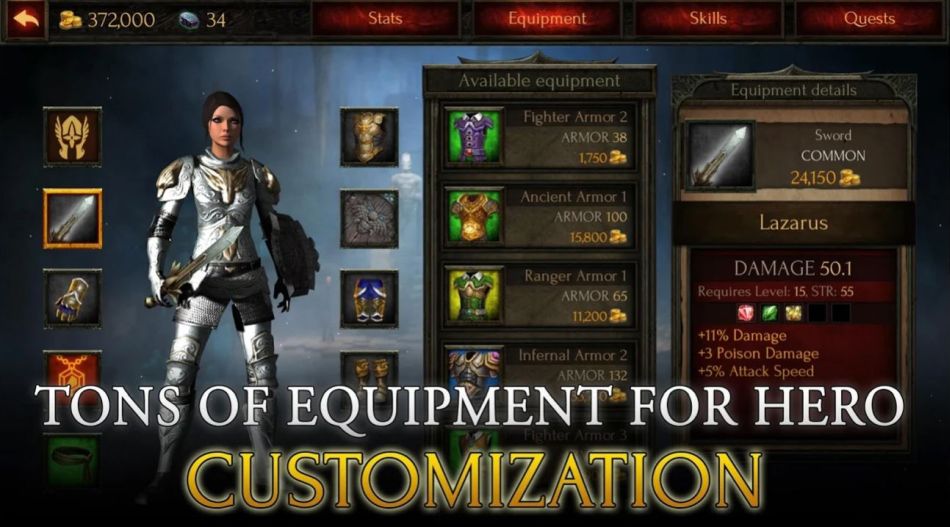 Revive and carry on

Choose where and how you want to revive. Once you die, you can revive your hero on spot, revive from the last checkpoint, abandon the quest or exit the game. I suggest that you always revive from last checkpoint, especially at the early levels, because it all is super easy to do.

Later on, you could use the revive on spot option, but that costs Arcane Stones, so I don’t really recommend using it. Instead, save those Arcane Stones because you will need them later on!

– After finishing a quest watch an advertisement to get some bonus rewards. You will need them later on, so even if you think that you are low level and they are useless to you right now, just watch an ad and get them because you will thank yourself later on.

– Complete tasks if you need some extra gold. They are really easy to do and require just a little time. Most of the time you will have to do easy tasks, with just a few encounters (or none at all).

– Always walk to those checkpoints. They will save your progress, so whenever you die they will be considered a “checkpoint” and you can start over from them.

– When you die, the progress isn’t lost. So don’t get too frustrated – it could even be considered good sometimes. For example, if you have to collect X amounts of items and you already went one way, you could die, revive and carry on the quest going the other way! The progress isn’t lost! 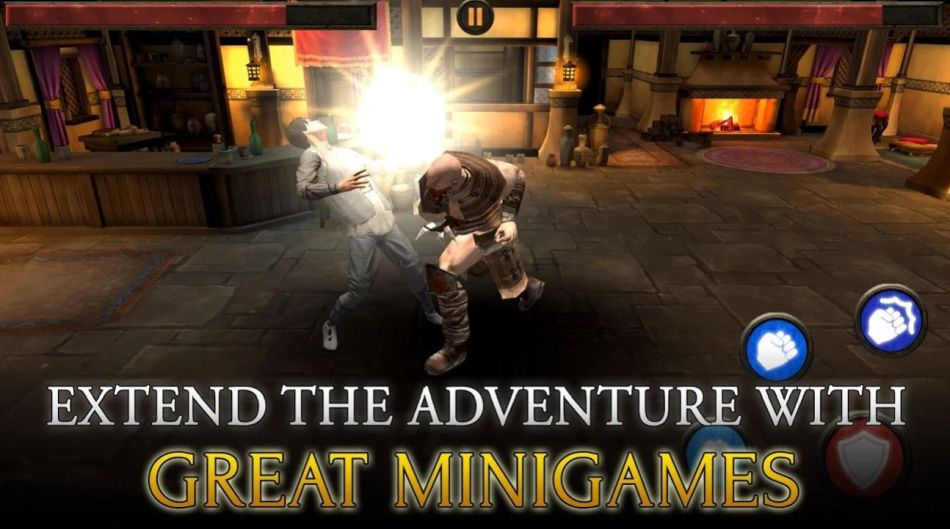 – Watch an ad and get Gold and Arcane Stones! On the bottom right corner of the screen you will see this option available, so if you want to get those goodies for free, make sure you do this! It will take 30 seconds at most, so it’s worth it!

– Don’t forget to equip good gears! Visit the Shop and check out all the available goodies there, and purchase the gears you want to equip.

– Reset your stats and skills for free if you want, by visiting the NPC in town across from the Shop owner.

These would be all of our Arcane Quest Legends tips and tricks that we have for you right now! If you have some more useful tips and strategies, leave them down in the comments below!