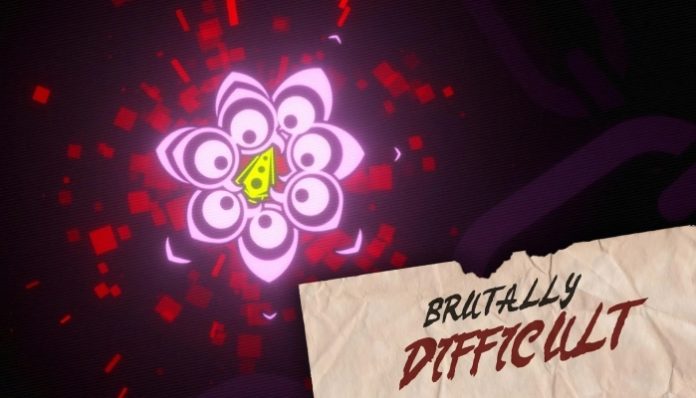 In the dark and dusty corner of a local arcade lies an ancient and forgotten game, Backfire. Nobody plays the game anymore, and it is a fragment of the a forgotten past.

Everyone has moved onto the shinier new games, but there is something eerie about Backfire. There is something sinister lurking inside the machine, and you may be the only hope of getting rid of it.

Backfire is a new arcade shooter for iOS and Android. With its simplistic neon graphics, it invokes a time of old arcade action game. You fly a ship into the main program of Backfire with only one goal: rid the machine of an ancient demonic curse.

At first glance, Backfire seems like your typical arcade shooter. Fly around, shoot all the baddies, and collect power ups to shoot them even better. The kicker? Your ship is designed to only shoot behind it, not in front.

You will have to fly into risky situations to get a clear shot on the demons, so prepare yourself for some edge-of-you-seat arcade action with Backfire! With eight different weapons to utilize and a ton of ship upgrades for you to discover, the action is endless!

Backfire is available now on the App Store and Google Play Store for 2.99 USD.