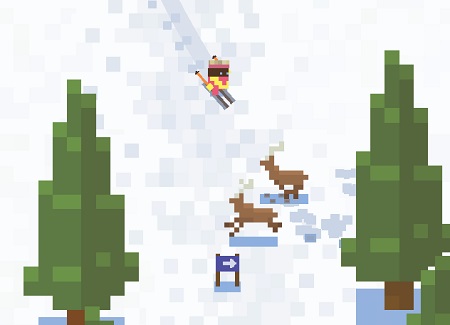 The arcade game Skiing Yeti Mountain, developed by Featherweight Games, has been released a while back and has managed to become somewhat successful thanks to its simple yet engaging gameplay formula. If you’re still playing the game and want to experience more of it, you will be happy to know that a brand new update is going to be released later this month.

The new Skiing Yeti Mountain will come with new content such as a new time extension mode, 10 new gear pieces, and 10 new tracks. The new content should keep fans of the game busy for some time.

Another interesting addition that will be introduced by the new Skiing Yeti Mountain is a new ads system which will give players hints and tips after they have watched an ad. This is definitely an unusual way to show ads to players which shouldn’t bother those who don’t want to watch them.

Skiing Yeti Mountain is now available for free on the App Store. The new update will be released on September 24th. We will keep you let you know if anything changes on the update as soon as possible so stay tuned for all the latest news.