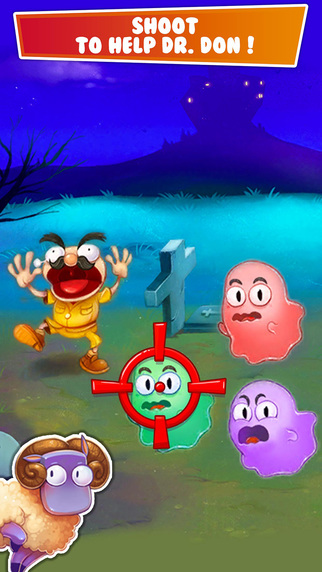 If you have been playing video games for some time, there’s a good chance you know Point Blank, an arcade game developed by Bandai Namco Games where players had to shoot at the screen with a light gun. A mobile entry of this now classic series has been recently released on the App Store, allowing nostalgic gamers to relieve the simple yet engaging experience of the Point Blank franchise.

Point Blank Adventures, developed and published by Bandai Namco, doesn’t play all that differently from the classic arcade game, with players having to shoot as a variety of enemies to help the icon Dr. Don and Dr. Dan get out of trouble. Only that you won’t be shooting using a light gun but with your fingers.

Point Blank Adventures also comes with plenty of content. The Bandai Namco game features over 250 challenges and 100 levels which will put your shooting skills to the test. Even though Point Blank Adventures lacks what made the original arcade game so engaging, there’s still a lot of fun to be had with the game.

Point Blank Adventures is now available for download for free right now on the App Store.