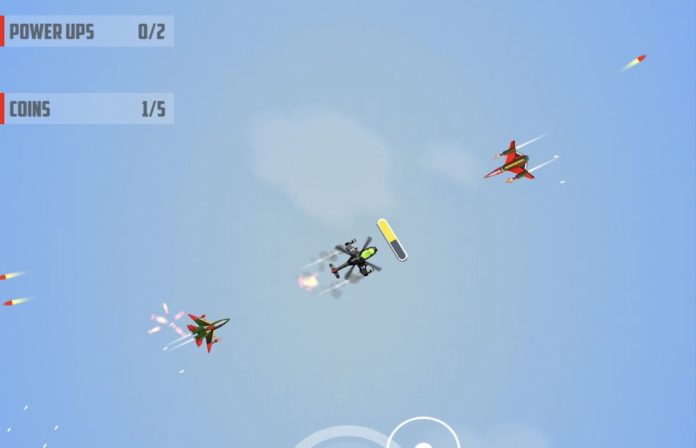 Game variety on the App Store and Google Play Store has never been greater, but there’s a certain appeal in simple arcade games that can be played on the go without having to learn about complicated mechanics, different drops rates and so on.

One of the best simple to play games released in recent years is Man Vs. Missiles, a somewhat simple avoidance game where players control their plane and must avoid missiles and other dangers. The game received multiple updates in the months following its release, adding new modes and content, but it seems like that wasn’t enough, as a total rework of the game called Man Vs. Missiles: Combat has been released a few hours ago.

Man Vs. Missiles: Combat builds upon the experience introduced by the original game and expands it greatly. While players still have to avoid missiles and other dangers, they can finally fight back with their own arsenal of weapons, which can be expanded as well through power-ups. Power-ups can also increase health, which will make the game slightly more forgiving.

Man Vs. Missiles: Combat also features, like the original, several in-app purchases, which are in no way required to enjoy the game. They only make things slightly easier and can speed up progression a bit. Die hard players, however, will not have any need for them.

Man Vs. Missiles: Combat is now available on the App Store and Google Play Store globally. The game is available as a free to play title with optional in-app purchases.