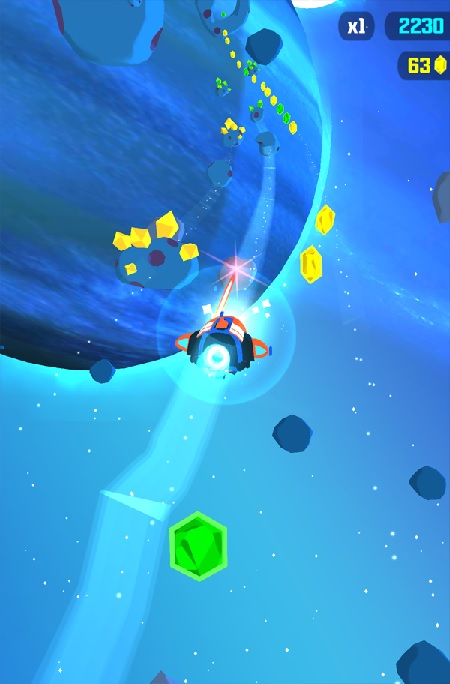 A new fast paced arcade game is going to be released later this month on the App Store, a game that will be perfect to play in short bursts on the game.

Galaxy Dash: Race to the Outer Run, developed by SuperMoon Games, is an interesting combination between arcade shooting game and endless runner. Gamers will have to play as long as they can while shooting down enemies and avoiding obstacles.

Galaxy Dash will also allow gamers to customize their ship in a few different ways, adding a bit of depth to a type of game that definitely needs none to be fun. Still, having more options is always better since they can extend the title’s length considerably.

Unlike many other endless games, Galaxy Dash will not be a free to play game but rather a completely free game, with no waiting times and no other restriction, something that will make those who hate free to play mechanics happy.

Galaxy Dash will be released on the App Store in all regions on September 18th. The game looks like will provide tons of mindless fun so make sure to take a look at it if you fancy simple yet fun games to play on the go.