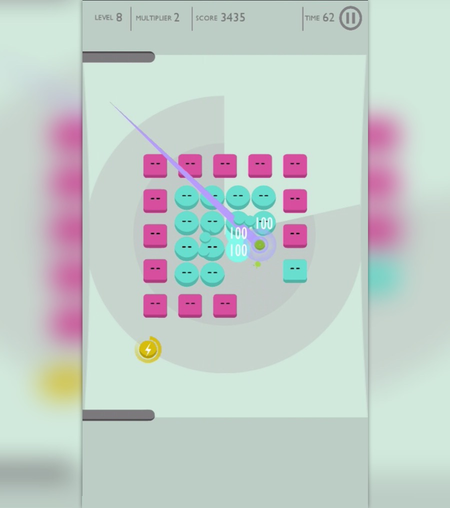 A new arcade game clearly inspired by Breakout and its many clones is going to be released on the App Store in just a few days, a game that actually spins the formula in a few interesting ways.

In Brickies, developed by Noodlecake, players will have to destroy bricks and other elements with a ball that bounces on two paddles placed at the top and the bottom of the screen. The fact that players control two paddles already sets Brickies apart from Breakout and its many clones but the differences with the classic arcade game don’t end here, as the game will include moving areas that make destroying the bricks more difficult and even boss battles. If you love the Breakout formula but you’re tired of always doing the same thing over and over, Brickies is definitely the game for you.

Brickies will be released on the App Store later this week on May 21st. The game will be available for download for free so make sure to check the game out later this week if you’re a fan of Breakout and want to play a game that spins the classic gameplay formula to offer a slightly different but just as engaging gameplay formula.