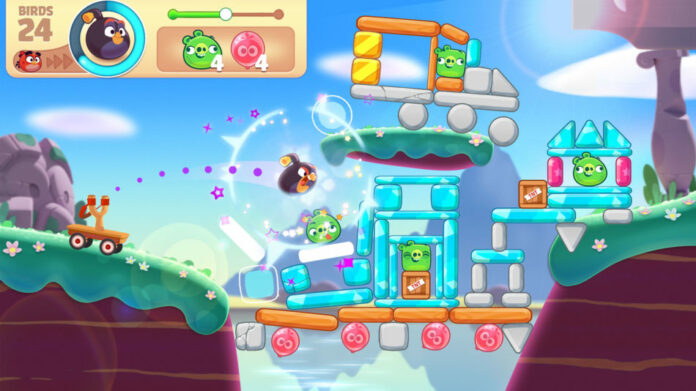 It has been some time since the Angry Birds series was among the most popular and successful mobile game series, but Rovio hasn’t exactly given up on it, continuing to release new games for the joy of fans all over the world. Or of only select regions, as it is currently the case for the latest entry in the series: Angry Birds Journey.

Angry Birds Journey is now available on the App Store and Google Play Store in select regions only – USA, Canada, Finland, Sweden, Denmark and Poland. As the game has been in the works for a good while, it probably won’t take much longer to release all over the world.

Angry Birds Journey features the same bird-slinging action of its predecessors, but with somewhat simpler puzzles that make the experience a good one for casual players and those who are just getting into the series. The cute artstyle also makes the game better suited for younger players, but fans of the series will still find plenty to like in the game, as the developer promises dynamic and more advanced puzzles in later stages.

Angry Birds Journey is now available in select regions on the App Store and Google Play Store. The global release has yet to be dated.