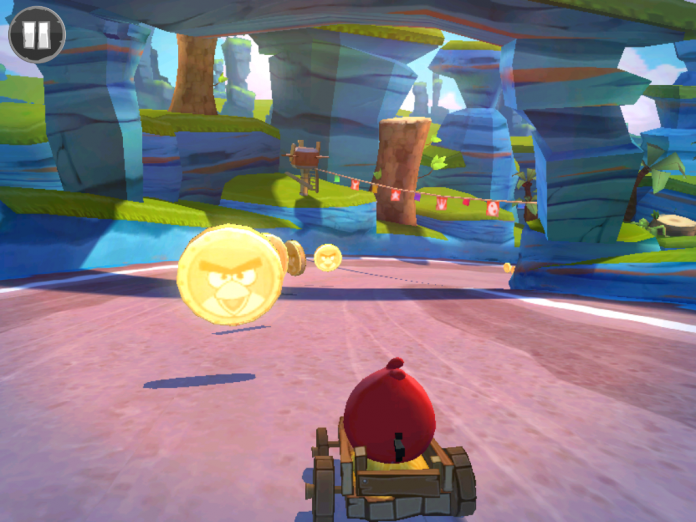 Angry Bird Go! is a game that had quite a lot of potential, thanks to a really good basic gameplay experience. Unfortunately, as we have noted in our own Angry Bird Go! review, the game failed to become one of the best iOS games of the past year due to the IAPs implementation, which makes going through the game a real pain.

One the biggest features the game was missing was a multiplayer mode, which could potentially improve the whole experience. After quite some time, Rovio has finally given gamers what they have been asking for a while, releasing a brand new multiplayer update for the game.

The new 1.4.0 update will allow players to join a multiplayer quick race that will automatically match players with three others with the same skill level. It’s also possible to challenge Facebook friends, but these races won’t be in real time, unfortunately, since you will only be competing for the best time on the track.

In order to access the Angry Bird Go! multiplayer features you will have to acquire the Piggy Island Driver’s License so you will still have to play the single player portion of the game for a bit.

Angry Bird Go! is now available for download on the App Store. The game is available for free but it’s full of IAPs that actuall drag the experience down a bit.