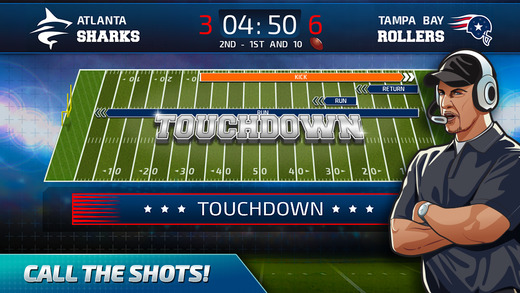 All Star Quarterback, the sports game developed by Full Fat, is going to receive a new update in time for the Super Bowl. This new update is actually a really big one which completely changes the game’s presentation and gameplay experience.

While in the original version of the game players are only able to manage the team, in the new version players will be able to take a more active role with the introduction of new gameplay features, like the ability to make the quarterback pass the ball whenever he has it, that will definitely make fans of the original game quite happy.

The new features coming with the new update don’t end here, as All Star Quarterback will receive some new training techniques and new lifestyle events like a casino and more. All players will also get perks and boost for a limited time after the update is launched.

The original version of All Star Quarterback is now available for free on the App Store. Fans of sports game may want to check it out before the big new update launches, as some of the features will still be the same in the new version of the game. The update has yet to receive a release date but it should be available before the end of the month.