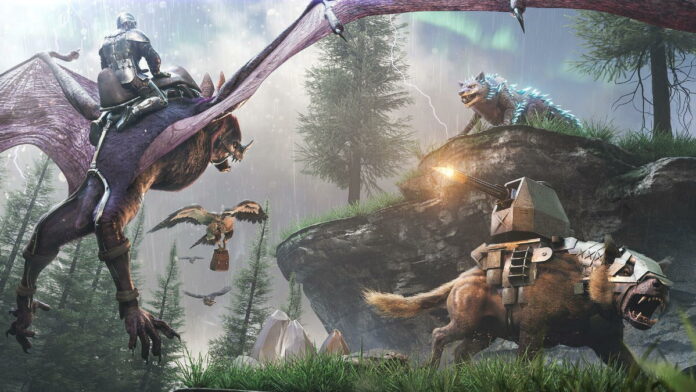 Fjordur, the new DLC map for ARK: Survival Evolved, is here! Fjordur is a cold and harsh locale that features beautiful tundras and forests, alongside new dinos and creatures to battle and tame. If you don’t want to find the creatures for yourself, you can use spawn commands to immediately spawn them into your game. Today, we’ll show you all new dino spawn commands forthe Fjordur map in ARK: Survival Evolved!

The Fjordur map introduces a grand total of eleven new creatures, each with their own behaviors and habitats. Since this map is themed around Norse mythology, players will encounter some fantastic beasts never before seen in ARK: Survival Evolved.

If you’d like to get a sneak peek at these creatures, you can use cheat commands in the console to spawn them at will. In order to use these spawn commands, you’ll need to know how to use the console, and the process is different depending on what platform you’re playing on.

You’ll know you’ve done it right when you see a black box pop up at the bottom of the screen. This is the console, and you can type in a command to do all sorts of fun things with your world. In this instance, we’ll be using the console to summon the new creatures from the Fjordur map. Input the following commands to spawn that creature!

Beyla Spawn: cheat summon BeylaMinion_Character_BP_C (This command does not seem to be working at the moment.)

These are all the new dinosaurs introduced in the Fjordur map, though technically only a few of them can be considered a dino. We hope you have fun playing with the new dinos and creatures, and be sure to let us know which ones are your favorite in the comments below!