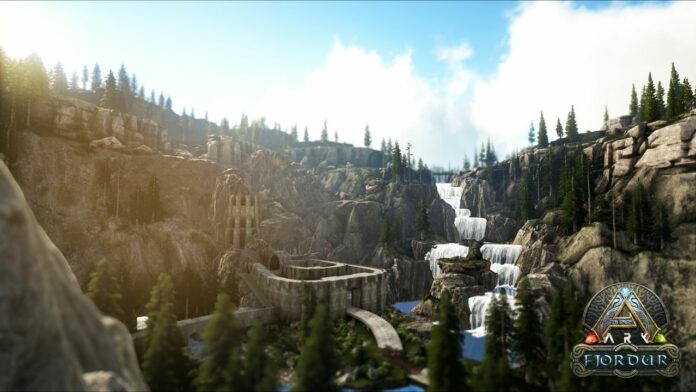 ARK: Survival Evolved is a game that truly is in constant evolution, with developer Studio Wildcard constantly releasing new content for its game.

Following the release of the Lost Island map, which has yet to make its debut on Nintendo Switch, another new map called Fjordur will make its way to the game later this year, bringing some new creatures as well.

Here are all of the creatures that have been confirmed for the upcoming ARK: Survival Evolved map.

All New Creatures Coming to the Fjordur map in ARK: Survival Evolved

As of now, Studio Wildcard confirmed 4 creatures for the Fjordur map launching in June 2022 – Andrewsarchus, Carcharondontosaurus, Desmodus Draculae and Fjordhawk. Of the four new creatures, the Desmodus Draculae and the Carcharodontosaurus have been picked via a community voting event that elected the former as the clear winner among the possible options, having crushed the opposition since the very first round of the voting process.

It is not surprising that Desmodus Draculae was so popular with the ARK: Survival Evolved community, as the creature is a giant, rideable bat that will likely be able to drain the health and stamina of its preys, and have a distinct offensive and defensive advantage with echolocation. Studio Wildcard has yet to provide official detail of the creature’s implementation in the game, but there is no doubt that it will be as scary in the game as it looks on paper.

The uniqueness of Desmodus Dracula will not, however, diminish the impact the three new creatures confirmed so far for the new ARK: Survival Evolved Fjordur map will have. The Andrewsarchus, for example, will be a very versatile creature capable of moving at high speed and assisting players in harvesting resources from the ocean floor. What it will lack in design, it will more than make up for it with utility.

The Carcharodontosaurus, the other creature that has been proved to be quite popular with the community, will be a massive creature that will rival in size and ferocity the Rexes and Gigas in the game. Its smaller size will result in less HP, but the increased speed will allow it to fight head to head with pretty much any enemy, whether it’s another creature or a Survivor.

The Fjordhawk will be yet another unique creature that will spice up the experience quite a bit. With the ability to assist the player by tracking down prey and items once trained, you can be sure it will be a big help in a lot of different situations, even after you have died, as it can salvage the items you have lost and bring them back to you once you have respawned.

All New Creatures Coming to the Fjordur map in ARK: Survival Evolved