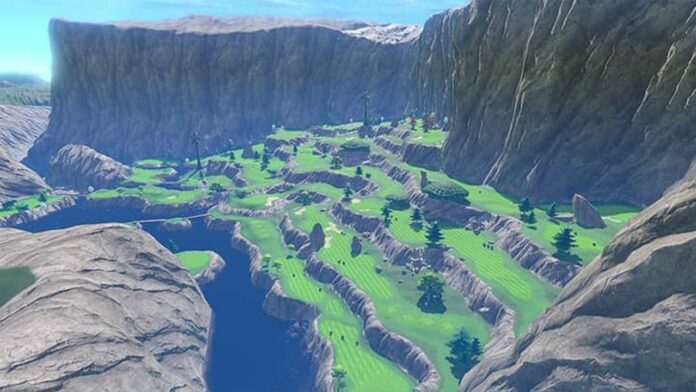 Golf may be a very relaxing sport, but only if it’s not Mario and his friends playing it. In Mario Golf: Super Rush, you will encounter all sorts of hazards while playing in the game’s many courses, hazards that will impede your progress, and potentially make you lose a game.

Here’s everything you need to know about all the hazards found in the game and how to work around them.

Bunkers aren’t exactly hazards, but they will still hinder you if the ball goes inside them. These sandy areas make it difficult to launch your ball, so you should avoid them at all costs.

Lava hazards are present in courses like Bowser Highlands that do not feature water, and so work pretty in the same way. If the ball goes into the lava, it will result in a penalty stroke, but if your character goes into the lava, you will receive no penalty. Unfortunately, it takes a while to get out of the lava, so you will still lose some precious time.

The Lightning Hazard only appears in the Wildweather Woods course due to its unpredictable weather, but the hazards themselves are easy to avoid if you’re careful. While playing in the Wildweather Woods, you may find some dark clouds in the sky above your position. If you attempt to make a shot, you will see the power gauge to your right partially fill with electricity: if you hit the ball while the gauge is in that area, your ball will be struck by lightning, making you lose coins and charge it with static which makes it harder to control. Since the penalties are massive, avoid these hazards at all costs by keeping an eye on the sky above.

The Quicksand Hazard appears, quite unsurprisingly, in the Balmy Dunes course. Unlike Bunkers, which are also made of sand, sending the ball into this hazard will result in a penalty stroke. Additionally, your character’s movement will become extremely limited, so you should avoid getting into them at all costs.

The Tree Hazard is pretty self-explainatory: if you hit a tree, your ball will change trajectory. Additionally, it could also become stuck in branches, which will result in a penalty stroke as well. As the area around trees is a little rough as well, it is always a good idea to avoid areas with too many trees.

The Water Hazard is among the most common hazards you will encounter in the game. If your ball falls into water, it will result in a penalty stroke, forcing you to shoot again from the edge of the area. If your character falls into water, you do not receive any penalty, although you will lose some time to get out of it. 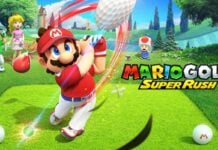 How to Play XC Golf in Mario Golf: Super Rush 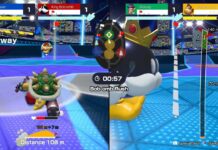 How to Play Battle Golf in Mario Golf: Super Rush 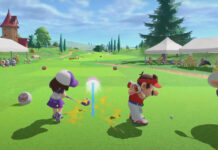 How To Play Speed Golf in Mario Golf: Super Rush