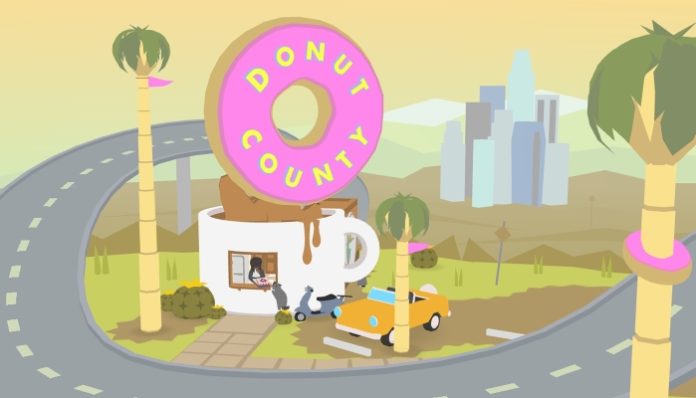 Donut County, a quaint little town… that is, until raccoons have taken over! Pesky raccoons have stirred up storm in the quiet town with their remote-controlled trash-stealing holes. Yes, you heard that right. Will the peaceful tranquility ever return to poor old Donut County? Probably not, but that’s how we like it.

Donut County is a strange yet charming little puzzle game where you play as BK, one of the raccoons responsible for Donut County’s descent into chaos. Following an incident where he falls into his own remote-controlled hole, he is confronted by the residents of Donut County, and they want answers! 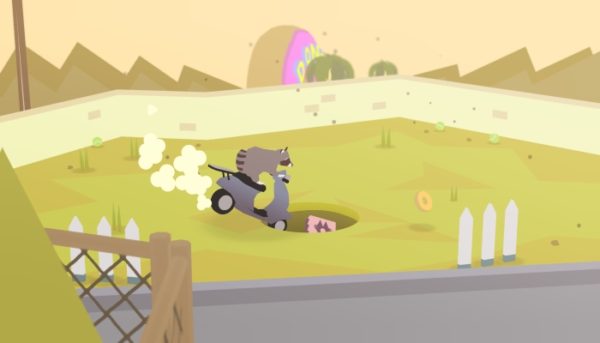 If you ever played Namco Bandai’s Katamari series, Donut County shares a lot of that familiar charm. The simple yet cutesy art style, the hilariously offbeat game play, and the whimsical story makes this one experience you will never forget.

As BK, you will control your hole and move it around the world. The hole starts off small, but as things fall into it, it grows bigger. You can also expel things out of the hole too, and you will need to do this to solve some puzzles. For instance, on one level you have to put out a fire by taking in the water from the well and expelling it. 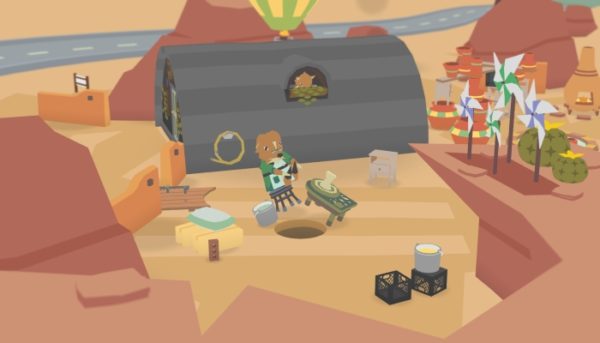 You can even combine certain items inside the hole. Want to cook up a nice little stew for dinner? Absorb a bunch of veggies and hot water and presto – you’ve got yourself a nice little soup.

Donut County will be released on iOS on August 28, 2018. You can pre-order the game on the iOS App Store.