Home Guides Alien Isolation Releases for iOS and Android: Everything You Need to Know

After months of heavy anticipation, Feral Interactive’s Alien Isolation has finally launched on both iOS and Android and the developers have promised that mobile users will get the whole Alien: Isolation experience on the handheld platforms as well.

This means that there will be massive similarity between the mobile and console version. Mobile users will get to play with uncompromised graphics and visuals and all DLC packs availability.

So in this article we’ll be telling you all you need to know about the mobile port of Alien: Isolation, which to this day, is considered as one of the best horror games ever made.

Despite its age, Alien Isolation remains a classic horror so it makes sense for the developers to promise that this new mobile version will be the same with the console and PC versions.

And we wholly agree with them after seeing how brilliantly the Nintendo Switch port of the game looked. It some aspects, it looks better on Switch than on PlayStation 4 and Xbox One.

Alien Isolation is available on both Android and iOS devices and is made to give mobile users the content of playing the game on console or PC.

The survival horror classic was launched on December 16th and is currently available on both Android and iOS devices to download. You can grab it on both App Stores for $14.99.

Alien Isolation is one of the few games that mobile users least expect to get their hands on anytime soon or even at all. But it’s a sign that the mobile platform has indeed seen massive progress in terms of handling console and PC titles. 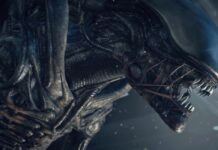 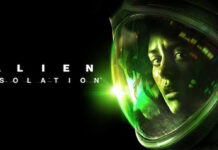