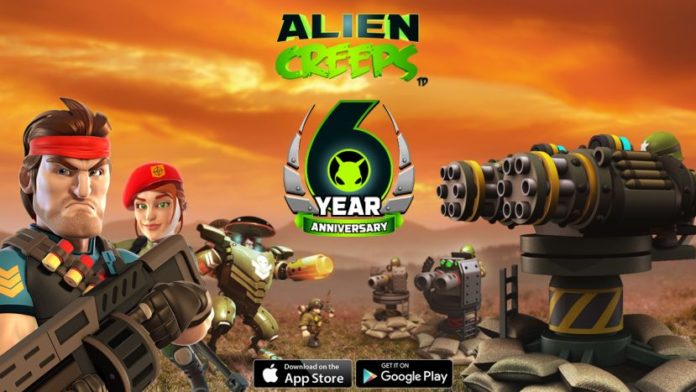 Alien Creeps TD, from developer Outplay, is one of the best-loved tower defense games on mobile, with incredible 4.5 and 4.7 average user review ratings on the App Store and Google Play respectively.

Released way back in 2014, Alien Creeps TD sees you defending the earth from a massive alien invasion.

To celebrate, Outplay is having a party. From May 25th till July 6th, Alien Creeps TD will play host to six weeks of events, six unique and increasingly tough bosses, and a range of discounts, sales, and bundles that will be six times better value than normal.

Bosses include, in order of appearance, the Gunker, who attacks towers with sticky spit, reducing the amount of damage they can deal; the Phantom Tank, which can go into stealth mode; and the Buckler, who can retreat into a powerful shell-like shield when its health drops.

After these you’ll encounter the Glutton, who devours friendly Creeps to heal itself; the Mender, who operates as an inconvenient healer for enemy aliens; and the Dyna-Mite, a specialized mite that explodes when it dies, taking your infantry and heroes with it.

Of course, that’s just the event stuff. If you’ve yet to sample Alien Creeps TD, you’ve got a sizeable 50 levels, three modes, and a huge number of unlockable and upgradeable towers, heroes, and units waiting for you, plus 58 exciting two-minute challenges and a clever Airstrikes and Reinforcements scheme that lets you share the fight with your chosen allies.

Alien Creeps TD is free to download right now on Google Play and the App Store. 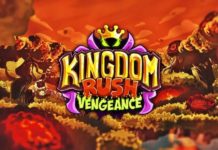