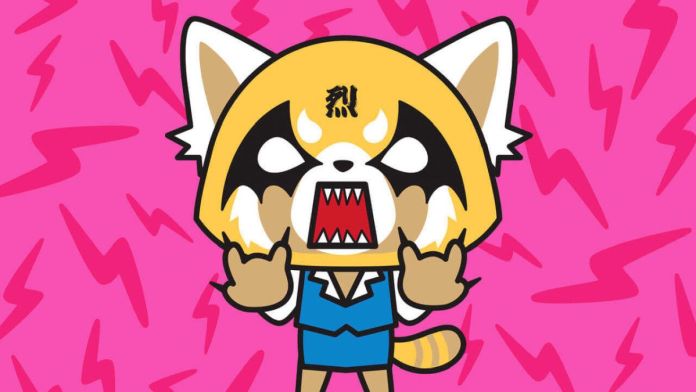 A new match three game has hit the Google Play Store, as well as the App Store – this time, it’s one that will make fans of the Aggretsuko anime series happy. Because, yes, we’re talking about an Aggretsuko mobile game, featuring the characters from the series, its music and humor. Great stuff!

Today, we’re here to help you get your game on with some Aggretsuko tips and cheats in a complete guide to the game. You’ll learn how to beat all levels with 3 star ratings, how to unlock all characters and how to play a better game overall.

There’s a lot waiting to happen, so let’s just check out Touch Tap Play’s guide to the Aggretsuko mobile game created by Hive!

Match at the bottom

Usually, I consider this the golden rule of thumb when it comes to mobile games. And it does apply, on a general basis, to Aggretsuko as well.

If you create matches toward the bottom, chances are that falling pieces will create some matches of their own, resulting in long chains and great moves that can clear up the board and help you complete a stage faster.

Sure, if you have to focus on a specific area for various reasons, you should definitely do so – but whenever you’re in doubt or if there’s no pressure to do otherwise, definitely start by creating matches at the bottom.

(These Aggretsuko tips were originally published on Touch Tap Play)

Look for those special tiles!

Just like in most match-three games out there, you can get some really special tiles in Aggretsuko as well. These are created when you match four or five in a row, as well as when you create matches in a square shape.

All of these special tiles will help you complete the level faster. Therefore, you should make it your priority to try and create as many of these tiles as possible.

Even more so, it would be great if you could save them up and combine two such special tiles in order to get a massive, boosted effect. This is a bit more difficult to achieve, but if you are in mo real hurry to use a special tile, it is usually a good idea to save it up for later in hopes that you will get another special one nearby.

When using the special tiles – either in tandem with others or by themselves, try to get the most out of them at all times. No need to activate one if it doesn’t get you closer to completing a level.

Remember that you can activate these special tiles either by moving them or by tapping: keep this in mind and use the best method depending on the situation on the game screen.

Get rid of most important obstacles first

An interesting addition in Aggretsuko when compared to other match three games is that many of the levels will have some really challening (and quite annoying) obstacles that you should definitely deal with first.

Things like the post it notes, that character on a rope of the annoying guy that spawns post-its… all of these will make your life a lot more difficult if you don’t take care of them ASAP.

So whenever you have such an obstacle in the game, make it your #1 priority to remove it, even if that’s not your active mission. If you don’t, you will have a very difficult – if not impossible task ahead.

Choose the right character for the job

Before starting each level, you can select which of the game’s characters you will take to help you with the mission. Make sure you always check to see that you have the best one for the job selected.

The game itself will make it a lot easier for you, by recommending one or more characters as the “best” ones to select. Pick one based on your personal experience and preference.

For example, if you are to choose between your starting character Retsuko and a character like Director Ton (they might both be recommended as best choice at one point), it is usually a better option to select the latter.

This is because Retsuko is very random with its skill (destroying random blocks), while Director Ton destroys ice cubes. Since he’s considered a good choice, you will definitely have ice cubes in the level, thus making the director the better choice.

So take your time before each level and select the best Character from the ones you have active.

Every day, the game will give you the chance to play up to three Special Levels that can give you some really important rewards. Make them your priority, as you will get character shards from them, as well as other useful resources.

In order to play a special level, tap the icon in the upper left corner on the main screen. From there, select the level you want to play.

These are some difficult levels that you must complete with the given character – and you only have one try to get it right. It puts some pressure on you, I know, but it’s something that has to be done!

And I recommend you to do this first before playing the regular levels, in order to make sure that you do have time to complete them all. Because if you don’t, they will still disappear when the time expires.

Theer are a ton of characters that you can unlock in Aggretsuko and getting them all should be your top priority. It won’t be easy, but it should be your goal and something to do sooner rather than later.

But how to unlock more characters? One way is to complete the Special Missions that I was talking about before.

But you can also do so by simply progressing through the regular stages of the game, logging in daily and collecting rewards.

However, one of the main ways for you to unlock new characters will be that of purchasing them directly from the elevator. You have to pay regular coins for that – so make sure you put your money to good use, sooner rather than later and unlock as many characters as you can afford.

The more you have, the better options you have when it comes to taking on the more difficult levels in the game.

Also, you can level up your characters, boosting their special skill in the process. In order to do so, you simply have to collect more shards of the same character. This is usually a random thing, so not a lot of control on your side. So just keep playing and unlock as many as possible.

Even if you don’t have real life friends playing the game, you can still add friends that the game itself recommends: and this is something you should definitely do.

Friends can send each other hearts, which means that the more you have, the more hearts you can collect from them and the more tries or retries you will have for those really difficult stages.

Just make sure to be a good friend as well and send your own friends some hearts daily, so that they can enjoy the benefits just like you do!

Although match three games are usually played fast and are generally unpredictable due to the randomness of the tile drops, it doesn’t mean that you shouldn’t strategize and make a plan for each level – especially if we’re talking about a particularly challenging one.

Spend some time to analyze the board, see the options that you have available, decide the focus areas for your moves and readjust your strategy depending on your in-game performance.

It might sound silly or too much to do – but for the difficult levels, you will see that taking some time to strategize and plan as much as possible could make the difference between a win and a loss.

Once you have completed a level, there’s no way for you to go back and replay it. But you can replay a level you have just finished if you are not happy with the outcome.

This usually means that if you beat a level and only get one or two stars, you have the chance to replay it in order to get more stars. It’s up for you to ddecide if that would be the best thing to do or not.

Some levels are more difficult than others and, to be honest, there are cases when you can be happy even with a star, as long as you beat the level. In these cases, replaying them for achieving perfection might not be a good idea as you could end up stuck on that level for a long time.

But if it is a level that you realize is easy and you truly believe that you have a solid chance of getting more stars for at the end, definitely replay it instead of moving on.

One or two extra stars don’t really matter when the big picture is taken into account, but it does feel good to know that you squeeze the highest number of stars from each level!

These are, for now, our Aggretsuko tips and tricks for fellow players. If you have additional advice to add to our guide, don’t hesitate to do so by commenting below.