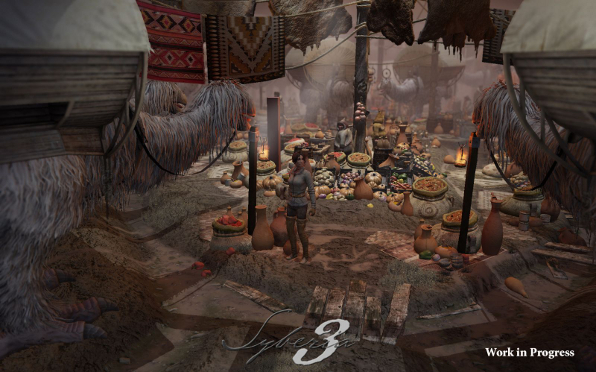 Fans of adventure games will be happy to know that a new entry of the Syberia series has been confirmed today. The bad news is that the game is still far from release since it will be released on a yet to be confirmed 2015 release date.

Syberia 3 will star once again Kate Walker as she investigates the mysterious island of Syberia. Not much is currently known about the game but we should expect a gameplay experience that’s not too different from previous entries of the series, with plenty of locations to explore and mysteries to uncover. As the game is still under development, we will definitely learn more about it in the near future.

One thing is for certain, though. Syberia 3 will look much better than the original Syberia, which has only been released last year on the App Store. The new game runs on a more modern engine so the improvements will definitely be there.

Syberia 3 will be released on a yet to be confirmed release date on the App Store. We will let you know more about the game as soon as more news come in on it so stay tuned for all the latest iOS news.