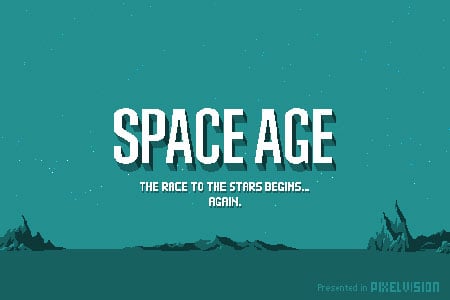 Space Age, the adventure game developed by Big Bucket Software, is now available for a reduced price on the App Store.

The game, which has been available for a little more than a month, can now be purchased for the reduced price of $1.99 instead of the full $3.99. Space Age is a really nice game with plenty of good features so make sure to take advantage of this deal as soon as possible if you’re interested in it.

Space Age is a really interesting adventure game sporting old-school graphics and sci-fi themes. Players will take on the role of a man who has landed, together with his research team, on a planet called Kepler-16, a planet considered uninhabited. During the course of the game, players will be able to learn more about the planet’s history as well as that of its people.

Space Age’s gameplay experience is just as good as its story and characters. The game features a really varied experience, mixing together elements taken from a variety of genres like stealth and strategy games.

Space Age is now available for purchase for a reduced price on the App Store. Make sure to check the game out if you’re looking for a quality title to play on the go.