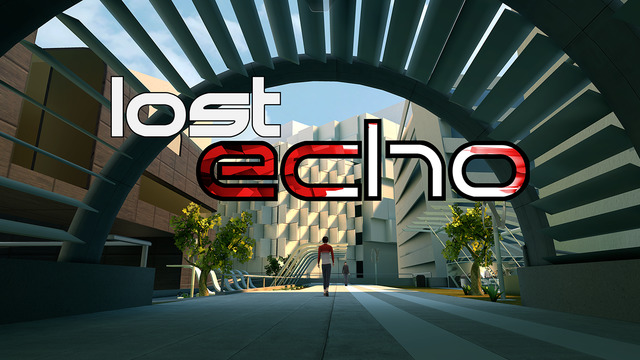 Lost Echo, the adventure game released a while back on the App Store, has recently received a new update which introduces a variety of tweaks, fixes and enhancements to the game.

Here are the full details of the new Lost Echo update.

FEATURES
+Enabled push notifications. (don’t worry, we won’t use it unless it’s necessary)

GRAPHICS
+Lightmap in hospital room is more saturated.
+Slight change at the park colors.
+Experimental, added Depth of Field and vignetting to a couple of scenes, only for iPhone 6S and 6S Plus.
+6S and 6S Plus also has better antialiasing.
+Redid Lighting and slight camera changes in the Hospital corridor.
+Much cleaner GUI for the chip minigame.
+Tweaked Chip texture and model, also tweaked the lighting.
+Tweaks to text alignment all over the place.
+Tweaks to the chatbox and menu button (menu button nicer and in higher resolution).
+The plants at the park now move with the wind!
+Tweaked the shaders for metals, should look better at places.
+Also some new cubemaps.
+Field night has a higher resolution background! (yay)
+Changes to Greg’s color when he is in the bar’s backroom.
+Added some more particle effects during the “event”.

GAMEPLAY
+Knocking on the door is more forgiving in both modes.
+Tweaks to colliders for easier navigation.
+Refined controls in a lot of areas.

OPTIMISATION AND BUG FIXES
+Fixed splash screen issues for iPhone 6/6S and 6/6S Plus.
+Built for iOS 9.1!
+Fixed Greg falling through the ground in park night.
+More reliable GUI in the card game.
+Fixed font sizes on the chip minigame for Italian and German.
+Changes to how the text sizing happens.
+Updated the text rendering tech.
+Updated to latest Unity 4 version (4.6.9f1)
+Fixed being able to do the chip out of sequence and thus breaking the minigame.
+Fixed being able to go to the park after you went home the first day in chapter 3.
+Fixed being able to save in situations you shouldn’t be able to.
+We renamed “Casual” to Normal and “Normal” to “Old School”. We might not keep it, we’ll see how it goes.
+Rewrote some old shaders (should perform better now), major cleanup all over.
+Made the inertia “snappier”, things that slide now feel much better.
+Fixed typos, small syntax errors and made minor dialogue changes.
+Minor optimisations in memory usage (and loading times).
+A whole ton of other minor stuff.

Lost Echo is now available on the App Store.