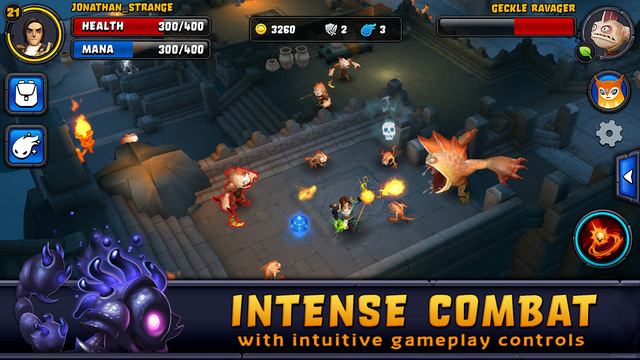 Spirit Lords is a brand new free to play action game that’s been made available today on the App Store, a game that has the potential to become a rather successful release.

The game, developed by Kabam, is an isometric role playing game where players will have to choose a class, customize their hero with items and abilities fight countless enemies, unlock several combat abilities by collecting and upgrading Spirit powers and more. Pretty standard fare as far as role playing games go.

What makes Spirit Lords stand out from the competition are its production values, as the team has tried to make the game’s art and story as important as the actual gameplay experience, with a story that will be expanded in the near future with new Acts.

Spirit Lords is now available for download for free on the App Store. Even though the game is a free to play game, players will be able to see everything it has to offer even without paying real money. If you have downloaded the game already and need some help learning its basics, you can check out our own Spirit Lords Cheats: Tips, Tricks & Strategy Guide.