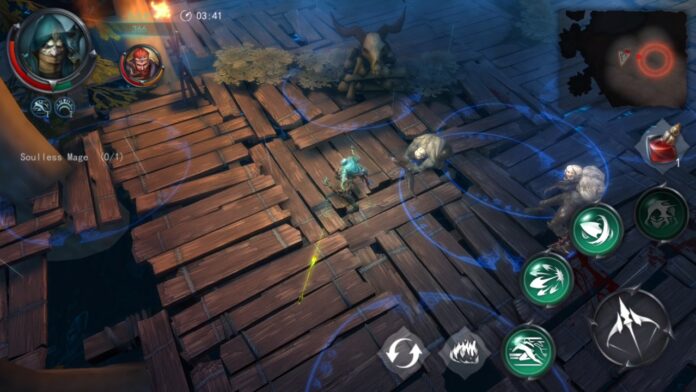 When I read the name Raziel, I instantly think about the amazing Legacy of Kain series. Unfortunately, Raziel: Dungeon Arena is not a new entry in the celebrated series, but a game that is still worthy of a play or two.

Raziel: Dungeon Arena is a dungeon-crawling action role-playing game that has been in development for quite some time by Indrasoft. The long years of development, however, have made it possible for the game to be fully-featured at launch.

The game’s single-player campaign is particularly meaty, featuring 10 chapters, 60 levels, and tons of devilish enemies to defeat in a hack and slash combat system that’s heavily reminiscent of classic games.

The Raziel: Dungeon Arena multiplayer mode is also extremely rich, offering great variety through survival mode, wanted quests, and even raid maps that will keep you and your friends entertained for a very long time.

All this content would mean little if Raziel: Dungeon Arena was not fun to play, but thankfully that is not the case. The game features a robust class system, tons of different combat skills and big skill trees that make it easy to customize characters. Additionally, the tag-system makes it possible to bring two different characters in combat, increasing depth exponentially.

With so many interesting features, Raziel: Dungeon Arena is a game that is more than worthy of the time of any self-respecting RPG fan. You can try out the game yourself today at no cost on both iOS and Android, as it is available as a free to play game with in-game purchases.