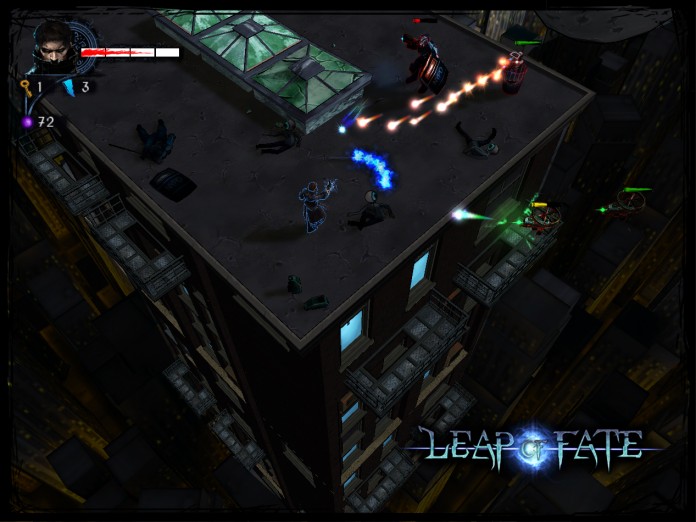 A new really interesting action role playing is going to be released on the App Store later this year, a game that will put players skills to the test with some of its features.

Leap of Fate, currently in development by Clever Plays, is a new action role playing game where players will take on the role of four different characters, a shadow mage, a technomancer, a spirit channeler and a rogue occultist, as they explore a cyberpunk version of New York City. As in several other games, the four characters come with different abilities that will add more variety to the overall experience.

What will set Leap of Fate apart from the competition is its “hardcore” gameplay experience. Players will not be able to restore their health during the game so they will really have to be careful when engaging enemies. Thankfully the game will include some randomly generated power-ups so it’s not like players will be powerless at all times. A huge variety of equipment items will also allow players to customize their characters, making it easier to survive for longer.

Leap of Fate will be released on the App Store later this year. A release date has yet to be confirmed but we will keep you updated on the matter as soon as more comes in on it so stay tuned for all the latest news.