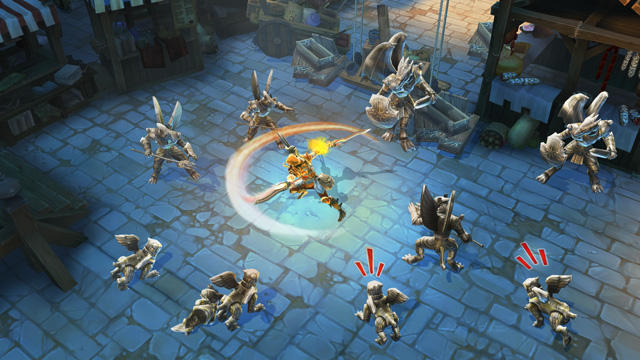 Dungeon Hunter 5, the new entry of the series developed by Gameloft, is now available for download on the App Store, just as announced last week.

Dungeon Hunter 5 doesn’t play all that differently from previous entries of the series, with plenty of enemies to kill, locations to destroy, treasures to collect and more. There are some new features that make the game feel abit different than the other entries of the series, like the optional co-op mode during the main campaign and some features that have been lifted from the successful strategy game Clash of Clans, like the ability to build and customize their strongholds and defend them from other players. While not the most original of features, these ones manage to expand the series’ experience in an interesting way.

Dungeon Hunter 5 is now available for download for free on the App Store. The game is a rather interesting one so make sure to try it out if you like action role playing games. You may also want to check it out if you’re a fan of Clash of Clans, as some of the new features are pretty much identical to the ones features in Supercell’s highly successful title.