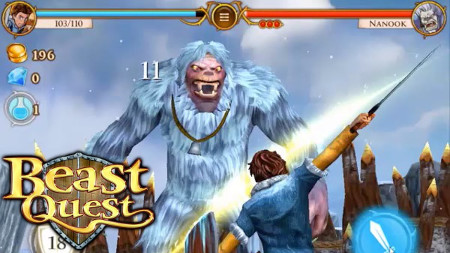 A new action role playing has been announced for iOS devices, a game based on a successful children book series.

Beast Quest, which will be published by Miniclip, will be a 3D action role playing game featuring a lot of locations to explore, monsters to defeat, treasures to collect and more. With the game based on the book series, fans of Beast Quest already know what to expect from the game.

Even those who have never heard of Beast Quest will be able to find something nice in the game, as Beast Quest seems to be a decent action role playing game with plenty to see and do.

Beast Quest is also going to sport six different worlds. The first one will be available when the game launches early next year, while the others will only be available at a later time. Each one of the game’s worlds will be based on one of the book of the series.

Beast Quest will be released as a free to play title during early 2015. We will keep you updated on the game’s release date as soon as more news come in on it so stay tuned for all the latest updates.