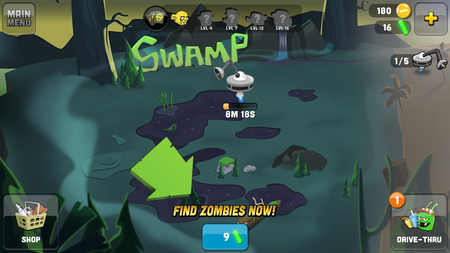 Halloween is right behind the corner and there’s no better way to prepare for it by playing a zombie themed game.

Zombie Catchers, developed by Two Men and a Dog, is a free to play action game where players will control a strange green alien who’s on the hunt for zombies. In order to catch zombies, players will be using a variety of different gadgets that make the gameplay experience quite varied and exciting, making players discover new and creative ways to dispose of the pesky undead.

Zombie Catchers’ controls are also very well crafted, allowing players to control the green alien effortlessly even when the action becomes faster and chaotic. This, coupled with the nice cartoonish presentation, makes Zombie Catchers a remarkable and, most of all, fun game.

Being a free to play game, Zombie Catchers comes with timers, IAPs and more. Unfortunately it looks like these features haven’t been implemented properly in the game, getting in the way of enjoyment. A shame, considering the game’s exciting gameplay experience.

Zombie Catchers is now available for download on the App Store.  Despite the bad IAPs implementation, the game is a really funny experience so make sure to check it out if you’re looking for a game to play. 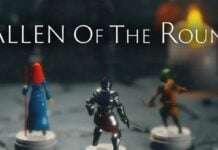