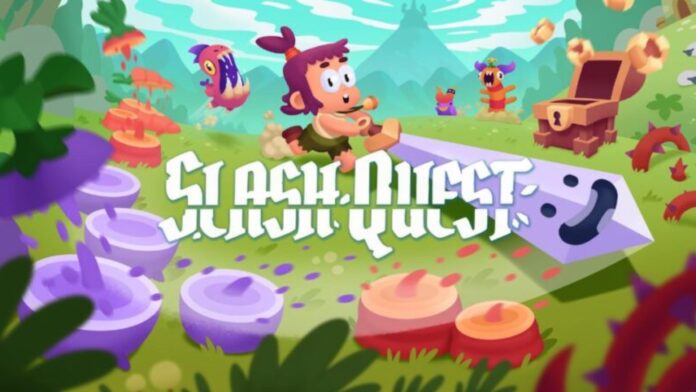 The Apple Arcade service’s value is increasing each week with new additions to the roster, and those who like games that are a bit wacky yet extremely colorful have from today one more reason to subscribe.

Slash Quest!, developed by Big Green Pillow and Mother Gaia and published by Noodlecake, is a very interesting action game that starts weird and gets even more so as the game proceeds, thanks to its unique premise.

Unlike pretty much every action game released so far, players are not controlling the main hero, but rather his weapon, a sentient sword named Swordie. This strange weapon is out to save the Queen and needed a human to succeed in his mission.

This unique premise leads to a very different experience, as the main character controls in an unusual way. Still, the action is as hectic as in any other game, featuring intense battles and hectic confrontation with big bad bosses.

Slash Quest! is now available as part of the Apple Arcade service. You can learn more about the game by checking out the trailer below.