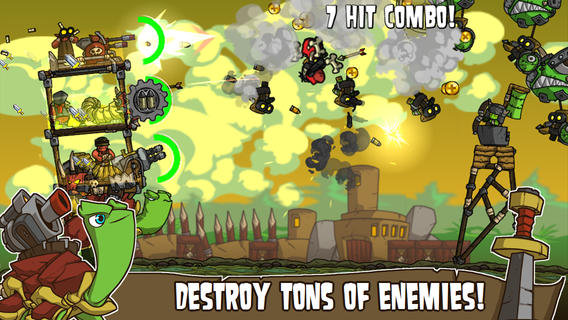 Action game Shellrazer has received a brand new update this morning, introducing some new contents to the game.

The new update, called the Bugzkrieg, includes a whole new continent, allowing gamers to bring even more destruction with their giant turtles. Make sure to give the new contents a go if you have enjoyed the main game.

A trailer has also been released for the update. You can take a look at it by going at the end of this post.

Shellrazer is a really nice action game that combines a good gameplay experience with a great presentation. Pretty much everything in the game has been masterfully crafted to give gamers the best action experience possible. And the game has huge turtles: there’s not a single person on earth who would pass the chance to control some fully armed ones.

The game’s experience is also incredibly varied, featuring several different types of weapons. The game also becomes quite challenging later one, with enemy units becoming stronger and more resistant to your attacks. Thankfully you can purchase several items and boosts that will help you win even the thoughest of challenges.