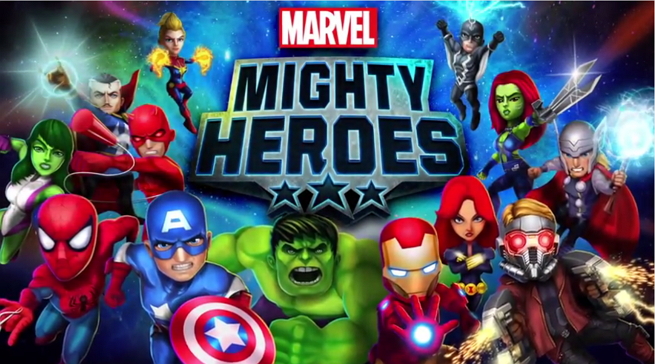 Back in February, we have reported that a new game featuring Marvel Comics super heroes called Marvel Mighty Heroes was being developed by DeNa, the team behind several other iOS games which has recently entered a partnership with Nintendo to produce and release mobile titles based on Japanese company’s more successful franchises.

Those who haven’t been able to play the game already, which has been soft-launched around a week ago, will be happy to know that the game is already available for everyone on the App Store. Super heroes don’t really need much tweaking, after all.

Marvel Mighty Heroes is an action game where players will be able to control a variety of Marvel Comics characters and play together with others all over the world. The game is a rather straightforward experience but it seems nice enough for fans of these characters.

Being a free to play game, Marvel Mighty Heroes comes with a stamina system and multiple currencies as well as other random elements that aren’t exactly nice, like the lottery system used to unlock heroes and more. If you have played other DeNa games, you already know what to expect.

Marvel Mighty Heroes is now available on the App Store for free.