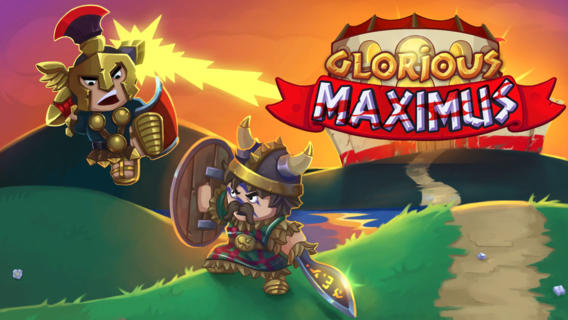 A new really fast paced action game is now available on the App Store. Don’t get fooled by the game’s cartoonish graphical look, this action game means some really business.

In Glorious Maximus, published by Sneaky Games, you will be controlling a fighter inside a 2D Arena, where the main goal is to push the opponent to the far side of the screen. Since we’re talking about gladiators, you will not be doing this in a gentle way. Only by swiping and stabbing you will be able to push them to the side and win the match.

However things aren’t as simple as they may look. In Glorious Maximus you will have to keep an eye on your stamina, as each and every attack will end up draining it so every attack must count to avoid ending up with no stamina left and defenseless.

As you move forward in the game, you will be dealing with increasingly stronger opponents. Thankfully, you will also be getting money after each match, money that can be used to purchase extra equipment pieces and better gladiators with more stamina. The game is quite easy in the beginning so you probably won’t have any need for better equipment, but things will surely become thougher as you move along.

Glorious Maximus is now available for purchase on the App Store for only $1.99.