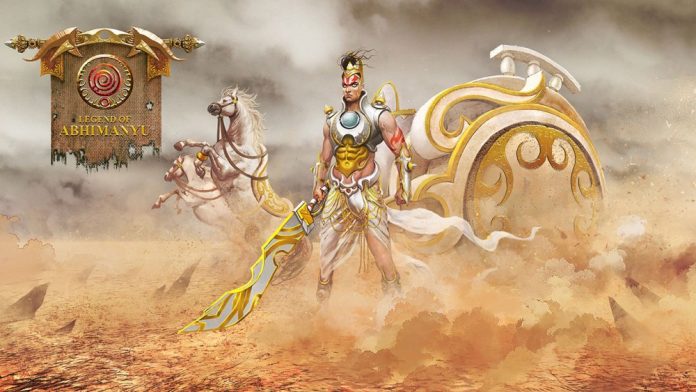 The very first 3D mobile action-adventure that takes direct inspiration from the epic story of Mahabharata, Legend of AbhiManYu (LoA) tasks players to take on the mightiest foes following its global launch on iOS. Merging a distinct cultured art style with in-depth melee combat, the developers of Legend of AbhiManYu have made every effort to deliver a successful console-like experience.

Assuming the role of the titular AbhiManYu, players will engage in refined beat ‘em up gameplay both on the ground and “on-chariot” with sword fighting and archery taking centre stage. Strategy will also come into play as you come up against a variety of tactics and formations fiendishly designed by your enemies, such as the wheel, and trident formations. 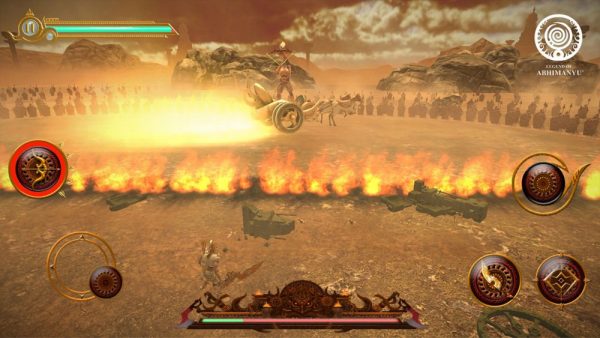 LoA sets you against all types of combatants from keen-eyed archers to bombastic dual sword soldiers, which when combined with the game’s 5 bosses who each wield the elements of lightning, water, fire, earth and air, aims to provide a fair yet stimulating challenge.

Underlining LoA’s cinematic feel and pronounced art style is the game’s soundtrack, which sets an ideal stage in which to do battle, making it all the easier for you to slip into the role of AbhiManYu as you vanquish your foes.

With an impressive 1,000 characters displayed on screen in fully rendered 3D in any given scene, the developers have made every effort to deliver an epic experience seldom seen on a mobile platform.

Legend of AbhiManYu is available to download on iOS ($4.99), and will soon be available on Android devices in just a few short weeks.