Home Guides A Beginners’ Guide to Towers and Titans 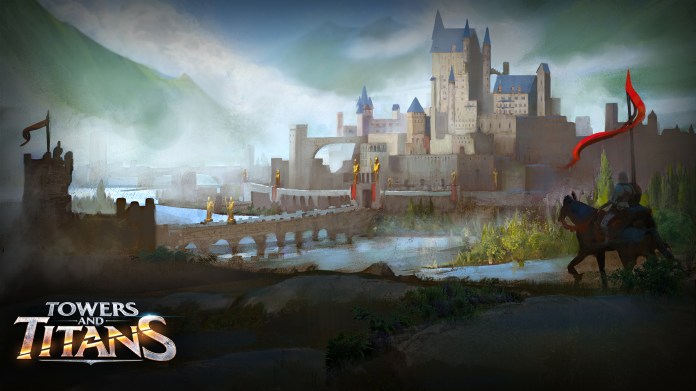 This article is sponsored by Towers and Titans.

Unless you’re very lucky, you haven’t gotten the chance to play Towers and Titans yet.

What’s more, you almost certainly don’t own any Titan NFTs – customizable in-game characters that are bound to the blockchain and therefore totally unique and verifiably authentic.

That’s because Towers and Titans isn’t out yet. Aside from the developers, only a few closed beta participants have seen it in action.

For the rest of us, all the fun lies ahead.

Towers and Titans is the latest brainchild of Rumble Games, the studio behind acclaimed cross-platform ARPG Alliance: Heroes of the Spire.

It’s a tower defense title with RPG mechanics that sees you summoning powerful Titans to send into battle. The twist is that these Titans, along with certain equipment items and the tomes you use to summon Titans, are NFTs.

That is, they are unique virtual objects that you can trade through the virtual marketplace and hold in your free crypto wallet.

Towers and Titans is still a while off. The first NFT pre-sale will launch imminently, followed by a desktop and mobile beta early next year, but the full game won’t be out until autumn 2023.

To make sure you’re good and ready, we’ve created this brief beginners’ guide.

Towers and Titans has several gameplay modes, including a single-player campaign, dungeons, and PvP.

The campaign sees you protecting your kingdom from deadly invaders by solving a series of tower defense puzzle stages. Each stage comes with its own unique combination of enemies, obstacles, elements, and pathways.

If you manage to get three stars on a campaign stage by defeating every enemy, you’ll unlock auto-battle. This allows you to automatically replay that stage over and over again to earn more loot.

Dungeons are aimed at challenging your Titans in particular ways. If you manage to get through a Dungeon you’ll earn valuable Skill Tokens to spend on ranking up your Titans’ combat skills.

You can take them on at six levels of difficulty, and each one is perfect for training you up in a particular area of combat.

The PvP mode, meanwhile, is built around several core gameplay pillars. The aim is to outlast your opponent, which means losing your eight lives more slowly than they do.

You have two lanes to defend in PvP. The Guard Lane sends a predetermined wave of units in your direction, while your own slain units make their way back to you, with murderous zombie intent, along the Rival Lane.

During a battle you can use Surge units to tip the scales. Killing these units sends them barreling down your opponent’s Rival Lane, adding extra pressure during battle.

You can also give your Titans a boost during combat by spending Command Points. Boosted Titans have greater Power and Health, though they lose these perks when they die or get sold.

Each Titan in Towers and Titans is unique, with its own abilities, traits, and progression path. This means you can build a team that suits your playing style.

There are five different Titan roles: Defender, Medic, Melee attacker, Ranged attacker, and Specialist. If you’ve ever played a strategy-RPG before you’ll already know what these terms mean.

A Defender is a hulking Titan that can hold back three enemies at a time, buying the rest of your team some precious time.

A Medic heals the units around it, and usually – but not always – avoids fighting.

A Melee DPS Titan is a ground fighter that can dish out an awful lot of pain, but doesn’t have that much in the way of defensive capability.

A Ranged DPS Titan is basically an archer or mage, flinging projectiles into the fray from a safe distance. No team is complete without a Ranged unit.

Specialists are mysterious Titans with special abilities that might not be immediately obvious. It’s up to you to work out what they can do and how best to deploy them in battle.

The Titan Family system, meanwhile, means that there’s a version of every Titan for every element. Each one of these Elemental variations is unique, but if you manage to collect all five Titans from a Titan Family you’ll gain access to additional abilities.

Titans even come with their own personalities, affecting their stat progression. It’s important to find Titans whose personalities match their roles. This gives them the best possible potential to grow.

On top of all that, Titans have their own individual Traits and Skills, acquired as they advance through their progression trees. Even if two Titans are similar in terms of their elemental affinity, class, and role, their traits ensure that they remain unique.

Naturally, you can make your Titans more powerful by leveling them up. The maximum level a Titan can occupy is ten times its Natural Star Level, which you can increase through Evolution. This process consumes Titans at the same level.

The maximum level you can Evolve a Titan to is six stars, meaning the maximum overall level is 60.

It’s also possible to Ascend Titans by sacrificing duplicate Titans in the same family. This gives you powerful new bonuses, and you can Ascend a Titan as often as you like up to its current star level.

There’s much more to discover in Towers and Titans, including equipment NFTs, social features, and the giddy new world of the blockchain.

But this brief guide should give you a solid grounding in how the gameplay works and what you need to do to create an unstoppable (and valuable) Titan army.

A Beginners’ Guide to Towers and Titans