Garena Free Fire, the ultimate battle royale platform, features an array of emotes to use during the match. Even though it doesn’t provide any advantage while playing Free Fire, the demand for these emotes is extremely high.

Unfortunately, emotes in Free Fire aren’t available for free. Players can either purchase them from the in-game store or obtain them via time-limited bundles.

For the Free Fire enthusiasts, we’ve listed below the five rarest emotes in Free Fire of all time.

Flowers of Love, also known as Rose emote, was introduced in Free Fire as a part of the Valentine’s Week update. Players had to top up 500 diamonds in order to get the Flower of Love emote.

Unluckily, the event is no longer available in the game. Hence, players can’t grab this emote at the moment.

The Doggie emote has been added into Free Fire to celebrate the victory in an extraordinary way. Through this emote, players can end their game in a unique style with a dancing Shiba dog. Doggie emote was introduced in Free Fire as a part of the Emote Party event in which players had to spin a lucky draw in order to get it.

However, only a few players were able to unlock the Doggie emote at that time. Therefore it’s considered one of the rarest Free Fire emote.

After several updates, the Pirate’s Flag still holds the title of one of the most amazing and unique emote in Free Fire. The emote allows players to display a burning flag that features a pirate symbol on it.

Pirate’s Flag emote was made available to several international Free Fire servers on the launch. However, it arrived after a long time on the Indian servers.

The Push-up emote was introduced in Free Fire during Elite Pass Season 9. Players could unlock the emote by exchanging 190 Elite tokens in the Bomb Squad Elite pass.

Unfortunately, like other rare emotes, this one is also unavailable in the game.

The Chicken emote was available for Season 7 Elite Pass holders. When the emote is used, the character will start moving both his arms like a chicken.

Since it’s one of the oldest emote in Free Fire, only a few players own it, and that’s what makes “Chicken” the rarest Free Fire emote of all time. 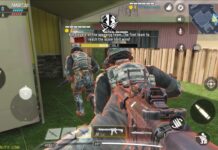 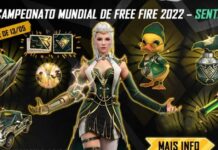 How to Get the Sentosa Warrior for Free in Free Fire 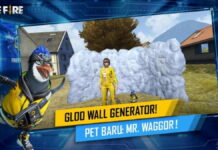 Tips and Tricks on Dealing With Gloo Walls in Free Fire

Ranking the best Free Fire emotes of all time