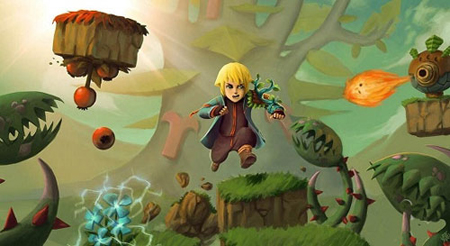 A new gorgeous 3D puzzle game is going to be released tomorrow on the App Store. Almightree, developed by Chocoarts, looks really impressive, thanks to the highly detailed 3D models used in the game.

The Almightree gameplay experience also seems quite interesting, with gamers controlling a wizard who has to fix a world that’s literally collapsing. In order to do so, players will have to solve several block based puzzles in order to create passages that will let the wizard reach the Almightree, which has the power to fix everything. Things will obviously start simple, with the game easing the player into its gameplay experience, and later become more complicated, with obstacles that will prevent the wizard from reaching the Almightree and save the collapsing world.

Almightree has been clearly influenced by The Legend Of Zelda series in its block moving puzzles. Another puzzle game released on consoles also comes to mind, the charming Catherine developed by Atlus for consoles. Still, the influences are mixed together with plenty of unique features so gamers will hardly feel like they have seen something like this already.

Almightree will be released on the App Store tomorrow for the price of $1.99. Make sure to check it out if you’re looking for some more involving puzzle games with unique features.