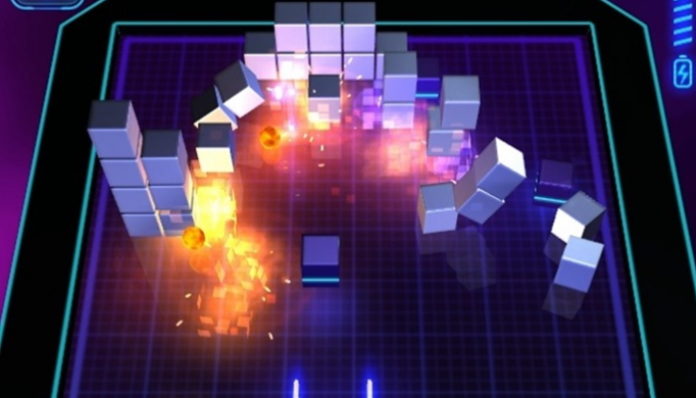 The old arcade classic Breakout is making a comeback, and this time it is in full 3D! Micro Breaker is an exciting new take on the Breakout formula that brings a neon modern look to the game.

For those who have never played a Breakout type game before, you control a paddle and smack a ball against destructible blocks. It may not sound exciting at first, but with each hit the ball moves faster and faster so you will be kept on your toes the entire time.

In Micro Breaker, the game brings the formula in 3D, introducing a whole new slew of mechanics. Your perspective can change everything, and you will need to approach the blocks in a different way.

There are also over 50 power ups that help you along the way, including a laser gun for your paddle, lightning that homes in on blocks, and more! Why simply hit the blocks with the ball when you can just blast it to smithereens?

But of course, with added power ups and abilities comes even greater challenges! Micro Breaker also features exciting boss battles where you take on giant mechs who will try to destroy your paddle!

Micro Breaker also features a fun AR mode that lets you bring the game into real life! You can play through any of the levels in AR, so you can break and smash anywhere in the world.

With over 130 levels and a difficult Challenge Mode, Micro Breaker is a must have for any fan of classic arcade action. The game launches next month on November 13, 2019 on the App Store.