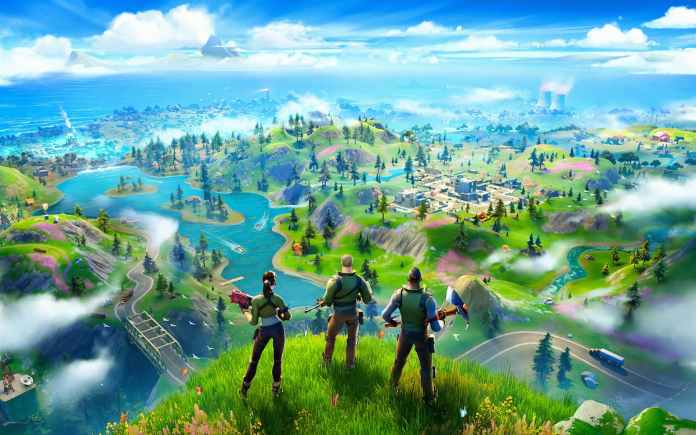 Cosmetics are a big part of fortnite, and what each player chooses can say a lot about them. There are classic choices that stand the test of time, and others worn by some of the sweatier players. As each Chapter and Season goes by, with another Battle Pass and new Item Shop features, various new cosmetic items are unlocked or purchased… But players eventually go back to their old favourites. Below is a list we curated to help you decide if you want to add some new flair to your outfit!

Top 10 Back Bling Cosmetics in Fortnite

Shattered Wing is a rare backbling bundled with the Dream cosmetic skin. This back bling, along with Dream, was released in 2019, and was available from the Item Shop, the bundle cost 1,200 V Bucks.

Banner Cape is mostly popular due to its customisation range. Players can change the colour and the icon to suit whichever skin they are using. It was available from the Item Shop for 400 V Bucks on its own and is part of the Banner Brigade Set. Banner Cape was first released in July 2019.

Sun Sprout is a favourite among some of the sweatier players, including many streamers. It is one of the cheapest back blings, costing only 200 V Bucks and was part of the Fatal Fielders set. Sun Sprout was first released in March 2019.

Rainbow Clover is an epic rarity back bling that can be purchased for 1,500 V Bucks along with Lucky Rider as part of the Green Clover set. It was first released in March 2019.

Back Board is another epic rarity back bling that is popular due to its customisation range. It has 21 different designs including plain default black. The Back Board was part of the Hang Time set back in 2019 and was only available by completing challenges.

Ohm is technically a ‘pet’ rather than a back bling but we still think he counts. He was the first ever pet to be introduced into Fortnite back in June 2020 as part of the Battle Pass, and still holds a special place in many players’ hearts.

Spectral Spine is a rare back bling and comes as part of the Cryptic bundle set, costing 1,200 V Bucks in the Item Shop. It first appeared in 2019 but does show up again so keep your eye out for it!

This cape is not available to purchase as it was a tier 100 reward from Season 5 back in the summer of 2018. It is a Ragnorok back bling as part of the Harbinger set, but players use it on any of their favourite skins.

Only the OG Fortnite players will remember when this was available! The Black Shield was a tier 70 reward for Fortnite Season 2 back in December 2017. It is part of the Fort Knights set, and technically belongs to The Black Knight, but of course we can put it on any cosmetic we like now

Available back in September 2018, this classic sword was a reward for completing Dire Challenges, and is part of the Full Moon set. Players had to gain a certain amount of XP to unlock various stages of the Dire skin, and unlock the back bling. It is still used by a lot of players today thanks to its sleek design.

We hope you enjoyed that list of the most popular back bling of all time in Fortnite. If you liked that list, why not check out our list of most popular Fortnite pickaxes of all time! If your favourite is not in the list why not let us know in the comments below.

10 Most Popular Fortnite Back Bling Cosmetics