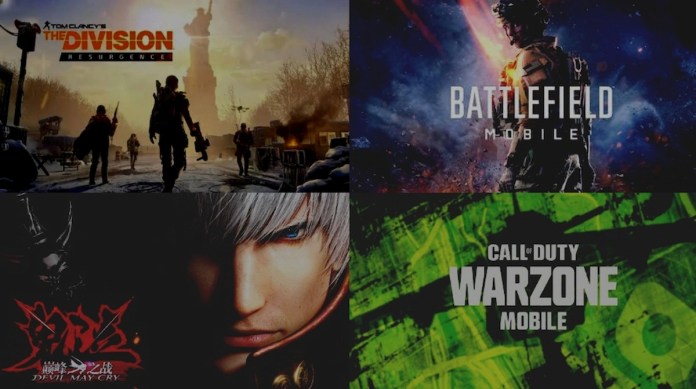 A new year is here and like every other new year, there’s bound to be a whole new set of fantastic mobile games that will be released on Android and iOS.

And although we’ve gotten a glimpse of some of these upcoming titles, we’re still yet to properly get our hands on them big time. So in this article, we’ll be listing the top 5 mobile games released in 2023.

It appears the intense rivalry between the Call of Duty franchise and Electronic Arts’ Battlefield will continue on mobile platforms, as EA has announced that a mobile version of Battlefield is currently in the works from Industrial Studios, one of its mobile studios.

According to DICE general manager Oskar Gabrielson, the upcoming Battlefield mobile game will be a standalone title that’s “designed specifically for the mobile platform.” The game is currently available for pre-registration in most regions and is expected to launch globally this year.

After a successful launch for console and PC in 2016, Ubisoft’s acclaimed title The Division is coming to mobile devices. The game exceeded expectations, broke multiple Ubisoft records, and stood out as one of the best post-apocalyptic titles on console—and now there’s a chance mobile users can experience the thrill of the game on handheld devices.

A blog post from Ubisoft’s official website reads, “The Division will be coming to mobile platforms for the very first time, bringing the universe to an even wider audience.” The game is currently available in some regions and you can pre-register for it using the link below.

After years of anticipation, the infamous white-haired demon slayer has finally arrived on mobile devices as a stunning hack-and-slash role-playing game. In collaboration with Yun Chang Game Development, CAPCOM’s Devil May Cry: Peak of Combat will reimagine the hack-and-slash genre on mobile devices, offering Unity Engine graphics with the aim of replicating the traditional console experience on mobile.

The game offers similar graphics to its console and PC versions, where players can take control of Dante in either single-player or multiplayer. Devil May Cry: Peak of Combat is currently available to play in select regions and although it’s taking longer than expected to launch globally, it could launch in mid-2023 for Android devices.

Call of Duty®: Warzone™ Mobile is ushering in the next era of the Call of Duty® franchise, with the highest quality Battle Royale mobile game experience. The game features epic Call of Duty: Warzone combat in gunplay, movement, and vehicles; authentic content with operators, weapons, and maps; and uniquely Call of Duty: Warzone gameplay allowing for up to 120 live players in a match on mobile.

With first-class graphics and intuitive controls. Built for mobile gamers, everything from movement, aiming, and weapon handling to physics, animations, and sound has been optimized in Call of Duty: Warzone Mobile, delivering the ultimate accuracy, authenticity, and performance players expect from Call of Duty. The game is set to launch in 2023 and you can pre-register using the link below.

NFS Unbound has been making the rounds on console and PC after its launch and perhaps it’s time to bring the intense racing franchise to mobile once again. Developed by EA and TiMi Studios, this new NFS Mobile will test your driving and drifting skills in different races and allow you to explore an open world like other popular NFS games.

Need for Speed: Most Wanted was quite a success on mobile and perhaps the upcoming NFS Mobile will replicate a similar success. While little is known about the game, we do know that it’s currently in the early testing stages and should release later this year.