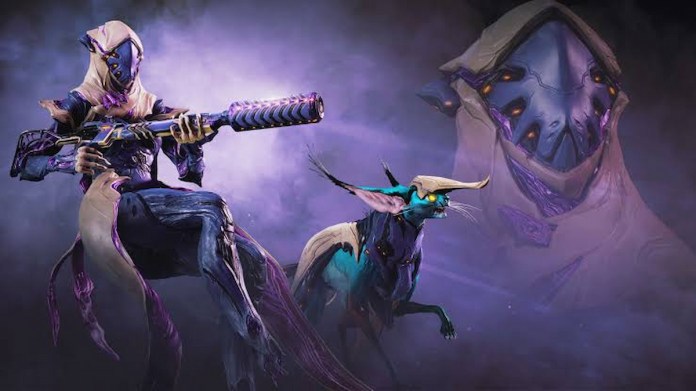 Wisp is the game’s 40th Warframe, and it was released alongside a new assassination target and a revamp of Jupiter.

Her powers make her primarily a support Warframe, although she may also be played in a more DPS-oriented manner, similar to how Oberon can be played.

But she’s not only similar to Oberon in terms of how her abilities work together, but also in terms of how they look: her first ability, in particular, appears to be a good addition to any Hollowed Ground build.

In this article we’ve put together some helpful Wisp build guides to help you get the most out of the character. So without wasting any more time, let’s dive into it.

The Power Range build retains the ability strength of the previous build, but it costs more to cast abilities and has a slightly shorter duration in return for a longer range.

This construct is mostly intended to increase the range of infinite duration buffs, which is useful when players are defending an area or returning to it frequently.

Because of its radius, Breach Surge may become more useful for crowd control with this setup. The distance between you and adversaries grows dramatically when you use Sol Gate, making it easy to hit enemies who are far away from you.

Looking to find the best and ideal build for her ultimate ability ‘Sol Gate’ feels like a challenge because you want to deliver a lot of damage, but you also want to balance range and efficiency.

The energy depletion, in particular, is a significant issue, which is why this build does not employ Blind Rage. Even without that mod, you’re losing almost seven energy every second, and unless you have a Trinity in your party, you’re going to run out of energy.

Don’t forget to put your first skill to use and place all three motes properly to boost your overall damage output.

The Power Efficiency construct allows users to use their skills at a lower cost of energy while maintaining a high level of ability strength.

Ultimately, this will make it easier for them to cast all of their abilities, and to add to the enjoyment, both the initial casting of Sol Gate and the energy lost while channeling will be less expensive.

Buffs still have a good range and have a good effect on players, therefore they’re useful for support. Essentially, this is the Power construct, but with less power and less energy use.

This build aims to make good use of your Shock Mote’s strength and merge it with your ‘Breach Surge’ skill’s excellent crowd control. While your first ability will directly stun up to five targets, your third ability will blind the enemies for an extensive period, buying you additional time.

Due to their vulnerability towards the stealth damage bonus, those blinded adversaries can be brought down for more damage, but you can’t kill them using just melee and finishers. However, you can also use your Breach Surge to get a second activation on your clone while your ‘Wil-O-Wisp’ is active.

The crowd control build is self-explanatory. It gives you a ton of range, better duration that’ll help with extended debuffs and even shock mote benefits and more ability strength.

The balanced build lets you use Wisp to cast all of her abilities without worrying about running out of energy, while also maintaining a high level of damage, range, and duration.

If the user’s playstyle involves using all of her skills, Wisp will be able to cast them without hassle, and they will all benefit her.

Wisp is a pretty fascinating and overall, a balanced addition to the game’s list of Warframes. She can be used as a fantastic buffer and damage dealer. There are various ways you can use her and ultimately it all comes down to your personal gameplay preference.

However, we advice taking some time to properly understand the game’s synergy and especially between the various abilities. We hope this guide has been helpful to you. Happy gaming!