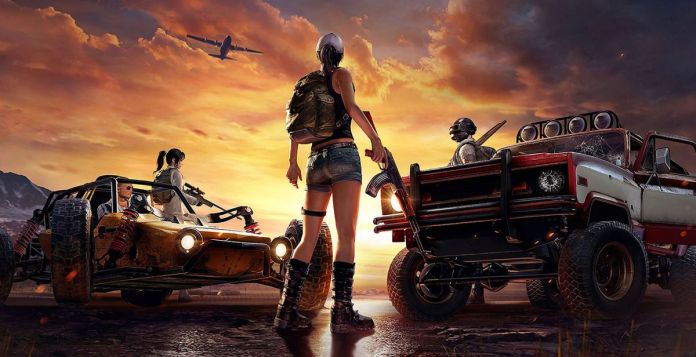 While 2020 has been a game itself, it has also generated heavy revenue for the mobile game industry. Quarantine has been one of the best allies for the gaming industry. In this article, we will look into the details of the top-grossing games for April – May 2020.

The ranking of these games on the list of top-grossing mobile games is based on the revenue from in-app purchases that been collected in 35+ countries on the App Store and Google Play.

PUBG Mobile game is ranked the highest-grossing game of the quarantine with an international title’s revenue of more than $340 Million. In all fairness, why should it not?

Tencent being a Chinese company has dominated the global market with its games for years, although during the quarantine Tencent games increased in revenue like never before.

The Chinese version of the game called Peace Elite (和平精英) ranked second on the App Store list and added another $240 Million to the publisher’s income.

PUBG Mobile earned $226 million in May alone. This was 41% more than the game earned in May 2019. After the rise of online games like Fortnite and Counter-Strike, Tencent Games experimented with a much detailed version of first-person shooter games and made a universe like nothing else.

PUBG Mobile added new maps, features, and weapons to the game with their Mad Miramar update that made it even more exciting. Now the publisher is getting around 43% of revenue from China alone, 8.3% from the United States, and 3.6% from Malaysia.

The next game to make that followed PUBG Mobile’s revenue was Honor of Kings (王者荣耀) by Tencent which was the second highest-grossing mobile game in the World. This game earned an overall revenue of $340 million in China, while the international version called Arena of Valor raised $1,2 Million.

Moon Active followed the Chinese publisher with an income of $340 Million for its famous title Coin Master.

For the publisher, Coin Master is the main source of revenue: released in 2016, the mobile game shows a growing and stable revenue which comes mostly from the US and Europe (Netherlands, France, UK etc).

With the pandemic on the rise and government sanctioned lockdowns, quarantine has been a huge aid for Tencent publisher in April – May. Though 2020 may not have been good to us, it sure generated profit for the gaming industry.

The Chinese market is rather unique and more closed off than we think it is but still manages to make the best games and applications that grab attention.

Experts say that, just how mobile games picked up pace in the first half of the year, the second half may be dominated by other applications as well.

To Sum It Up

With the evolution of mobile phones and connectivity, the mobile gaming industry seems like a lucrative stop. Especially with 2020 starting off with us being under lockdown, mobile games were a solitude if not escape. This decade might be a redefining moment for mobile games in general.

With the advancement of 5G technology and Virtual reality, the highest-grossing games today would earn thrice as much as they earn this year.

Nevertheless, mobile games are truly transforming into vices for people today. In the coming year, we might see games from different genres taking some of the places in the above list.

But at the end of the day, games like PUBG Mobile, Gardenscapes, and Roblox might be the best games to play during the quarantine.

Written for Touch Tap Play by Natalie Stepanova, Head of Marketing at the mobile analytics company. Mobile marketer with a passion for mobile gaming, market research, and writing